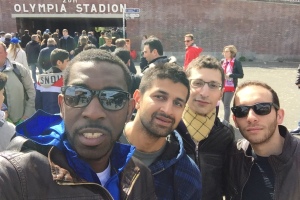 Under The Cosh in Europe: Part 4 – Berlin

It was a hectic, dizzying, wonderful trip on which we saw the quietest and loudest of fans, some football more boring than we could have expected and some moments more magical and golden than we could have dreamed of witnessing, but above all we took in four different cities, cultures and attitudes and we did so together. For 10 days, Europe was Under The Cosh.

Under the Cosh in Europe: Part 3 – Rome

We hopped on a tram, encouraged to see a few people decked out in Roma scarves that we could follow once we stepped off. On the walk up to the stadium we could tell it was going to be a good game. There was something in the air. Perhaps it was the raw energy of the crowd. The Romans had a raw passion that was unrivaled in the other cities we visited. Football is seen as trivial by some, and as life or death by others. It was in Rome that we really felt the latter, and we knew that it would be an entertaining evening.

Under The Cosh in Europe: Part 2 – Barcelona

The trophy room, which contained every trophy won since the 1900s and also had some interesting artifacts like Hristo Stoichkov’s boots and a signed Maradona shirt. It was interesting to watch the markings on the Copa del Ray change over the years in correlation with Spanish politics. During Franco’s reign for example, it was called the Copa del Generalisimo. 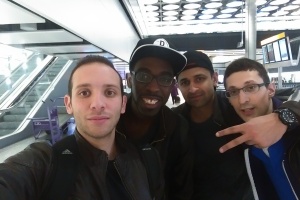 Under The Cosh in Europe: Part 1 – England

First thing the next morning we were on a train from Liverpool Street Station to Stanstead Airport, and from there on a Ryanair flight to Barcelona that was so ‘no-frills’ that there weren’t even seat-back pockets. When the cabin crew came around with duty-free magazines, Mohaned rightly asked “even if I wanted one, where would I put it?”, which kind of sums up Arsene Wenger’s thoughts on buying a new striker.

If you love Cristiano Ronaldo you are either a Manchester United fan or a minority of Real Madrid fans who refuse to whistle at him. Whether you love or hate Cristiano Ronaldo is simply irrelevant. His dominance of the beautiful game alongside Lionel Messi renders your respect for his […] 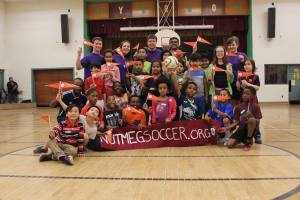 Soccer has always been the most played sport for children in Canada, both because it is the world’s game and Canada is as multicultural a nation as it gets, but also because compared to hockey or baseball, soccer is relatively cheap and accessible. However, there is a creeping […] 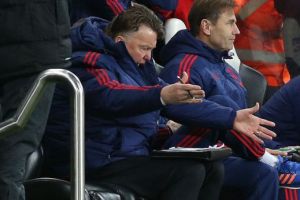 Week after week, United supporters watch as their team struggles with incomprehensible tactical decisions, lackadaisical performance levels and being generally not good enough. I asked Ryan Giggs to steal a glance and fill us in on the Dutchman’s stratagems and deepest thoughts.

Will Leicester finish early, or can Tottenham make it hard? (S3-Ep37)

Welcome to episode 37! Alright? Like Andy Carrol’s hopes of getting on the plane, the Coshcast is back. Another mad week of Premiership action sees barrels of incompetence everywhere as Arsenal and West Ham defend like children, Stoke, Newcastle and Chelsea leave their will to live at home, […] 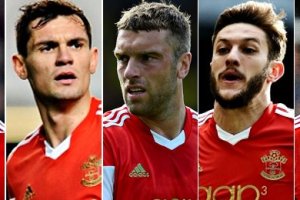 Southampton FC: What happened to the class of 2014?

If you like football podcasts, try the Coshcast. Listen here, subscribe here. Enjoy!   Pochettino was the first to go, of course. His extremely impressive work at Southampton had won him the chance to be the one tough social worker that would finally get the wayward and stroppy […]

Toronto FC: Half way to home

Ciarán Breen believes that TFC have been short on luck on their grueling road trip, but have reasons to remain positive.   Toronto FC can consider themselves unlucky after debatable officiating has marred each of their opening four games but performances suggest that when their luck turns, they […]

Chelsea: No Europe? Conte-nt with that

Every passing day brings us closer to Antonio Conte’s first season in charge of Chelsea, but how will the Italian do at the club that has expectations so few have managed to meet? His first season is likely to go rather well. Chelsea currently sit in tenth place […] 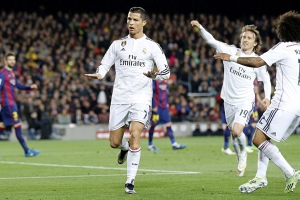 Welcome to Episode 36! Thank you for listening to the Coshcast. If you enjoy it, subscribe right here on Itunes.  Hello! Who’s under the Cosh this week? Barcelona for a start, after Real Madrid Zidance around them in the Clasico as Los Blancos put in a performance as […]

Whose Under the cosh?Barcelona for a start, after Real Madrid Zidance around them in the Clasico as Los Blancos put in a performance as shiny as their manager’s head.

Meanwhile in the Premier League Spurs find a surprising similarity with Mesut Ozil as they start looking ahead and behind at the same time, with Leicester winning again – boring – and Arsenal finally playing like a team that actually has a lot of good footballers in it.