A herd of actual caribou would have given Manchester City a tougher test in the Carabou Cup final, in the Premier League, Lingard and United’s resilience outdo Willian’s brilliance, and it’s a walk in the park against West Ham for Liverpool, although obviously not alone, because you’ll never do that.

What TFC can expect from Ager Aketxe

Aketxe is an exciting player whose impressive rise through the Athletic Club ranks certainly had fans clamouring for his mark to be made on the first team. However, the slight playmaker has had a turbulent time over the past two years, being sent out on loan to Cadiz in the second division before succumbing to a serious knee injury over the summer limited his playing time this season. 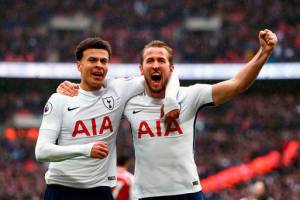 We’re joined by CBC’s Tom Harrington as we look back on the weekend’s Premier League action. Arsenal were wobbly at Wembley and got thrashed 1-0 as only Petr kept Spurs in check, it was the De Bruyne and Aguero show at the Etihad where City put five past a lackluster Leicester, and we’ll also chat about easy wins for Liverpool and Newcastle.

The 5 most interesting January transfers

The January transfer window has closed, because it’s February. Funny that.

It’s the Coshcast! It’s been a weekend full of debate about decisions. Were they bad calls? Were they called well? All we know is that we’ve got Steven Caldwell on the pod and we couldn’t be happier about it.

Will Aubameyang and Mkhitaryan propel Arsenal into the top four?

They have made their January moves, made changes where they felt necessary and we now get to see whether or not those changes have made a difference. If they don’t make a difference, there will be some tough decisions to make at the club this coming summer, after missing out on the top four for another season.