Chris Darwen is a sports writer and author living his dream on the Costa Blanca in Spain.  Tales From The Top Flight has been featured each week in the largest English speaking newspaper in the south of Spain for over a year now and he is delighted to […]

Listen to the latest episode of the Coshcast below and subscribe on iTunes right here! Colin Crawford is a museum worker with a well cultivated taste for the arcane and unusual. Buy him a cup of tea and he’ll talk about anything to do with soccer. This season […]

Girondin de Bordeaux: Sometimes you have a vintage year

The promising youngsters that had been cultivated in the Bordeaux set-up left that summer, leaving us to wonder what could have been had they managed to keep the likes of Bixente Lizarazu, Christophe Dugarry, and Zinedine Zidane together and into their prime.

Welcome to Episode 3 of Season 4! Thank you for listening to the Coshcast. If you enjoy it, subscribe right here on Itunes. This week on the Coshcast: The Premier League (apart from West Brom) delivers goals again as Watford lose to Arsenal after a first half so sinfully […]

An evening with Nwankwo Kanu

On Wednesday, August 24, Bernie and I made our way to The Midtown, a pub in Toronto that acts as headquarters for the Toronto branch of Arsenal Canada. Given his support for Manchester United, Bernie would probably have felt the slight senses of nausea and embarrassment at any […]

Thierry Henry is a terrible idea for Belgium

Listen to the latest Coshcast below, featuring exclusive behind-the-scenes audio content from Arsenal’s match against Leicester last weekend. Subscribe on Itunes right here! I awoke to the news that Roberto Martinez has appointed Thierry Henry as one of his assistant coaches for the Belgian national side. “That’s a […]

Lorient went down to nine men in the 77th minute after an absolutely bizarre passage of play. Majeed Waris, who had been playing well for Lorient as number 9, had turned well in the area and was shaping to shoot before getting hauled down. The referee was no more than five yards away and inexplicably signalled play on, eliciting howls of frustration from the Lorient players, none more so than Benjamin Jeannot. In his rush to get to the loose ball the Lorient midfielder, who had been subbed on only 15 minutes earlier, shoved the referee out of the way, earning himself a straight red.

Ciarán Breen is a sports writer and multimedia journalist. Here, he reports on the rituals and superstitions Toronto FC fans have developed over the club’s decade-long history. Follow Ciarán  on Twitter. Toronto, On. — On Saturdays, Kristin Knowles packs her bag before work in the usual manner. Red […]

This week on the Coshcast: Conte bans ketchup to avoid a dip in form while Costa and Batshuayi find each other complimentary, Arsene still gives his players few specific instructions but gets one in particular from Arsenal fans, United Zlatan Southampton’s hides and leave them up the river despite the best efforts of Van Dijk and Liverpool share an experience with Hillary Clinton and feel the Burnley.

SC Bastia: Riots in the streets 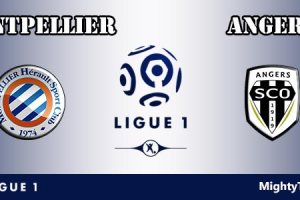 Some quick thoughts on the whole set-up before getting into the game proper. I didn’t think much of the Angers kit. It was a pretty straightforward white number with a thick black stripe down the sleeve and black cuffs. It wasn’t offensive, but looked a little drab next to Montpellier, who have orange in their colours and thus immediately look more exciting. It was, however, made by Kappa, so points for that, and the socks were excellent.

Pep puts his Willy ahead of his Hart

Pep is already doing his best to become a true Manchester lad, choosing his Willy over his Hart on a Saturday night out in town. Joe Hart was dropped due to the fact he is not very good at passing the ball, as opposed to not very good at keeping the ball out of the net which would have been far more obvious.

Last season Angers SCO finished 9th in the table, but that doesn’t really tell the whole story of their campaign. Back in the top division after over two decades, the expectation was for the team to largely act as fodder for their bigger rivals, with relegation certainly not out of the equation. Instead, based on a solid defensive set-up devised by coach Stéphane Moulin, Angers spent much of the season in contention for European competition…

Get ready for the upcoming season and subscribe to the Coshcast on Itunes. Chris: Before we crack on and you wonder what all this is about, I need to let you in on a few things first.  If you are expecting in-depth football analysis from this column, you […]

The idea is to take a closer look at French football, choosing not to scale the PSG monolith, but instead searching for stories in the tattered remains of the clubs that have crashed into it. I’m looking forward to this as there’s always been a hint of Francophilia in my veins; I liked Amelie, I own several stripy sweaters and my favourite skater is Lucas Puig.

Where did it all go wrong for these players?

One of the saddest and least talked about stories in this transfer window is the future of Mario Balotelli. Liverpool manager Jurgen Klopp has told the Italian that he is no longer part of the plans at Anfield. After his wonderful Euro 2012 performance the sky was the limit for Balotelli but since then he’s been cast away by Manchester City, didn’t light it up in Milan, failed at Liverpool and on his return to Milan he was almost invisible. Safe to say, Mario Balotelli’s career has been a flop.