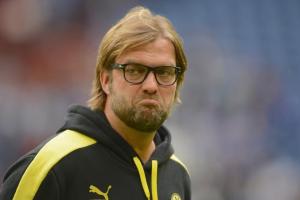 What on earth has happened to previously high-flying Dortmund, this season? Ahead of their massive clash with Bayern Munich this weekend, Adrian Sertl breaks it down for us: Follow Adrian on Twitter at @AdrianSertl for excellent Bundesliga coverage and more. To say that Borussia Dortmund’s current Bundesliga campaign […]

TFC lined up against Montreal at BMO Field last week without two of their main stars. Defoe was injured (again) and Bradley suspended. TFC would go on to draw this must-win game, sealing their fate as outsiders to the playoffs, and finally putting their supporters’ final embers of […]

It was a fantastic previous matchday with big games from across all leagues! The international break once again led to a drought of club football as the European Championship qualifiers began, but all leagues are now back in action over the weekend. Diego Costa scored a brilliant goal against Arsenal […]

Last week I was on Twitter and saw a glorious vine. A brief compilation of one of my favorite players of all time. It had no name but I like to call it Eric Cantona’s greatest hits. You might be thinking of the FA Cup winner against Liverpool […]

Coshcast Season 2 Ep 8_It all starts in Italy

Welcome to Season 2, Episode 8! It all starts in Italy! Subscribe on iTunes: https://itunes.apple.com/ca/podcast/under-the-cosh-coshcast/id767743946 We Cosh-cast our net far and wide this week, starting in Italy, and referencing Avril Lavigne in the process. Mohaned also compares Juan Mata to a butler, or something.We review the weekend’s action across Europe. […]