Greg Sleter is a journalist, a New Yorker and a football fan who runs the fantastic SleterFC.com. On our recent podcasts we’ve discussed the long list of players who have recently joined clubs in the Chinese Super League. In this piece, Greg asks whether China’s financial clout may […]

Welcome to Episode 31! Thank you for listening to the Coshcast. If you enjoy it, subscribe right here on Itunes.  What a weekend to bring you a Coshcast. There’s League Cup Final drama to comb over as City wrestle victory from Liverpool and Yaya wrestles Lallana. Klopp has […]

Stephen McGovern is the Content Manager for The Final Third podcast. He’s also a student journalist who has written this piece about the growing gulf – pun firmly intended – between oil-rich Manchester City, and cultural capital-rich Manchester United. Instead of living in Ferguson’s shadow at Old Trafford, […]

by Ciarán Breen – @keep_score   Arsenal and Leicester recently served up one of the most dramatic games of the Premier League season but Arsene Wenger is wrong to decry ticket price protests and present football as escapism. At his pre-match press conference before his team played table […]

Welcome to Episode 30! Thank you for listening to the Coshcast! If you enjoy it, we’d be very grateful if you could rate, review and subscribe to the Coshcast right here on Itunes, all of which helps to rank the show, and spread the word. It’s the Coshcast! […]

According to Sir Alex Ferguson, Mauricio Pochettino is the best manager in the Premier League. If you observe what the Argentine has done at Tottenham, it’s easy to see why the greatest manager of all time would say that. Pochettino has spent wisely enough, trusted in youth and created a […]

Welcome to episode 29! Yes yes podcast potatoes! It’s the Coshcast coming to you on a super special sultry Sunday. At the Etihad, Manchester City had their asses handed to them by a Spurs side doing more running than Hilary Clinton and Bernie Sanders combined, while at the […] 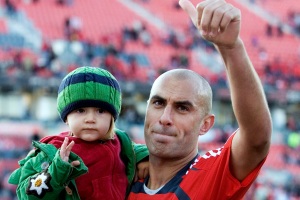 On a cold January morning in Toronto, we visited Danny Dichio at Toronto FC’s Kia Training Ground and put him Under The Cosh on a plethora of topics including his move to North America, his work as a youth coach, Toronto FC and the Premier League. The FA Cup […]

Welcome to Episode 28! Alright, gangsters? Ooh we had some fun in the Premier League, didn’t we? Leicester are getting very good at telling Huth to power, Liverpool fans and their team’s abilities walk out of the stadium on 77 minutes, Lennon makes us all imagine and even […]

While not every club can be Athletic Bilbao, in an era of globalization, obscene wages, gated communities and made-for-TV kick-off times, local players are just about the last thing the fans have to relate to, and clubs will ignore that element at their own peril.