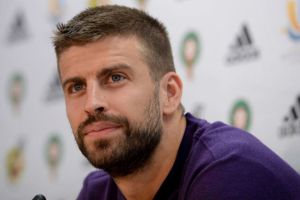 Koscielny’s injured jaw and Alexis scores of course, Higuain debuts to applause and Spurs have cause for pause as Nkoudou gives Poch buyer’s remorse.

Arsenal beat Chelsea as Sarri and Bellerin both go out on a limb, at Anfield if only Speroni had known it wasn’t goal-bound he might have left it alone he’s now probably quite lonely, Solskjaer shines brighter than a convenience store sign as he makes it 7 out of 7 and finds a settled eleven, and Fulham have a draw snatched out of their hands in the blink of an eye as Winks steals the points for Spurs.

Manchester United beat Spurs and it’s all good so far for Solskjaer with De Gea so sharp. At the London Stadium Nasri cut open Arsenal at one end and Fabianski kept them out at the other while wins for Liverpool and Chelsea kept the Reds ahead at the top, and the Blues in the Champions League spots.

Coshcast S6E17: The magic of the January transfer market

It’s been the holidays! So no need to Pulisic day although Chelsea did anyway buying the American teenager for 58m pounds although that’s probably closer to 100m once you take tariffs into account, and such.

Spurs, Liverpool and the quest for trophies

Some will say for both teams, the product on the pitch alone is worth celebration. Some will say consistent Champions League participation is enough. There also those who say that this period of stability is an accomplishment. To understand the last point, let’s remember where these clubs were before their current managers.