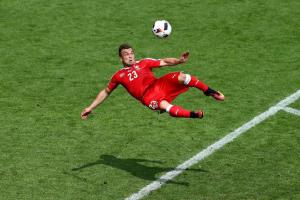 Welcome to Episode 46! Thank you for listening to the Coshcast. If you enjoy it, subscribe right here on Itunes. This week on the CoshCast, we take you through the lopsided knockout phase of the Euro 2016 Round of 16. Portugal have made it to the Quarterfinals by […]

Three years ago Gareth Bale joined Real Madrid from Tottenham Hotspur for a world record 80m transfer fee. Real Madrid fans were upset because his signing came at the cost of Mesut Ozil’s place in the team as he was jettisoned to perennial underachievers Arsenal. Florentino Perez poached, […]

Coshcast: Euro 2016 leaving it late and business end of the COPA

Welcome to Episode 45! Thank you for listening to the Coshcast. If you enjoy it, subscribe right here on Itunes. On the Coshcast this week, we hope to keep you thoroughly entertained throughout, unlike the Euro 2016 where its only good in the last 5 minutes of games, […]

Welcome to Episode 44! Thank you for listening to the Coshcast. If you enjoy it, subscribe right here on Itunes. Alors, il est un autre podcast sur le football! Today we look back at the first few days of Euro action as Payet’s play saves the day for […]

The next few years are going to be bristling with change. The old stadium is going, a new one is being built. Hopefully there won’t be as much coming and going with the playing staff, and certainly not the manager. There is a combination of rigidity and flare in this current squad which, if it continues to be nurtured and improved in key places, quite frankly means it could take on the world. 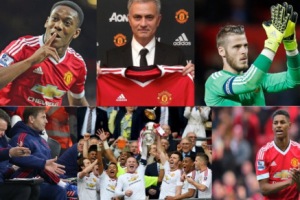 The 2015-16 Manchester United season truly had it all. There were some great goals and results and some baffling substitutions. We had some exciting young players breaking through and an evacuation at Old Trafford. Hell, even ‘sex masochism’ and an FA Cup triumph. 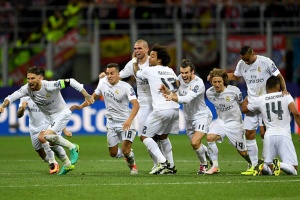 Rahul Kalvapalle is a Madridista and football writer who has contributed to Four Four Two, Bleacher Report the Real Madrid podcast, Merengue Bites. In this review he recounts one of Real’s strangest seasons in recent years, from Benitez beginnings to a Zidane grandstand.

Welcome to Episode 43! Thank you for listening to the Coshcast. If you enjoy it, subscribe right here on Itunes. Bonjour! Today on the Coshcast we have conversation about les Euros – the tournament, not the currency – including a semi-informed preview of just about everything. Elsewhere there […] 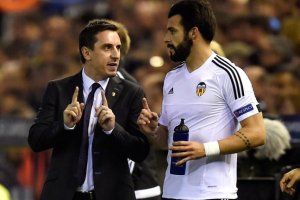 There’s no sugar coating it, this season was atrocious. As a Valencia CF fan you get used to a rollercoaster ride every season, but I have experienced few with quite so many drops as this one. The only comparison I can make would be the 2007/2008 season – a season where Valencia was almost relegated, our most iconic players were ousted from the club and our own captain even sued the club’s ownership…