Under The Cosh in Europe: Part 4 – Berlin

Some time in 2014 the idea of an Under The Cosh football mini-tour of Europe was conceived. 18 months of planning and one Canadian passport for Mohaned later (you try several countries in ten days with Egyptian documents), we were on our way to London, Manchester, Barcelona, Rome and Berlin. The following is Rishay’s account of our travels, with additions from the other Cosh boys here and there.

The trains, Switzerland, and Berlin:

We left our abode in Rome the following morning after leaving Silvia a thank-you note and knocking back a quick cup of tea. Our experience in Rome was the best of the trip, probably because we had the most time to spend there, but also because we had witnessed a spectacular Roma game featuring Totti, a player we had all watched since before we were ten years old.

Arriving early at Termini, Rome’s central station, we stopped in a cafe and I was inexplicably given a free croissant. Excellent start to the day. We boarded our train and departed for Milan. After a quick stopover, we shuffled onto our train to Brig, which passed through gorgeous northern Italian countryside, through the Alps and into Switzerland. The scenery was fantastic and the weather was also sublime, which we were fortunate to experience. 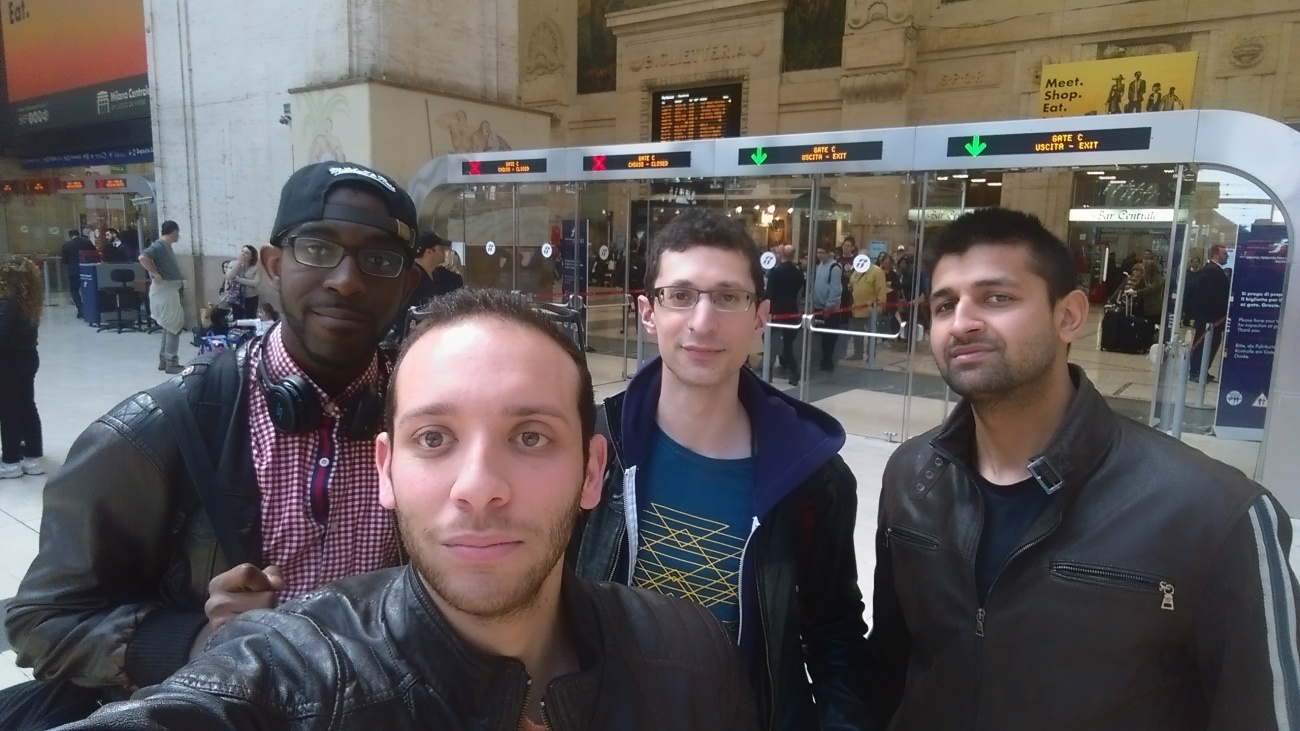 We made some stops along the way at small, beautiful towns along Lake Maggiore that looked like great places to get away from the hustle and bustle of the city. We eventually arrived in Brig and sat in the town square for about an hour to wait for our connecting train into Basel, and trying to work out the exchange rate between Swiss Francs and Euros (nobody in Brig seemed to know).

Brig was a lovely quiet town and we were sitting about in our t-shirts wondering just how nice it must be to live in the foothills of the Alps. Our journey from there to Basel was full of beautiful Swiss countryside – honestly Switzerland looks as if someone has drawn it –  but we entertained ourselves by playing a couple of football related games.

The first, which did not last too long involved Mohaned naming a player, and all of us saying the first goal that came to mind. “Ibrahimovic”, for example, made Alex envision the Swede’s acrobatic stunner against England, while Mohaned recalled his slalom past half a team and finish, for Ajax. Here’s a little  audio:

The next game was to take turns naming a player that everybody knew, the caveat being that the player’s (sur)name must begin with the letter that ended the preceding name. “Rafinha”, for example, had to be followed by a player whose name begins with ‘a’.

This devastatingly simple but utterly engrossing game took us all the way from Brig to Basel. There were moments where we thought we were down and out, only for Nourradine Naybet to save Mohaned from dropping out, and Arthur Numan coming to the rescue of Alex. There are, it turns out, so many footballers whose names end in ‘n’. It’s actually ridiculous.

Bernie won, ultimately in a one-on-one showdown with Alex. It was an exhausting game but one that kept us awake and engaged. Names like Urzaiz, Iraizoz, Aldair, and countless other legends were brought to the table as we dug deep into the annals of our footballing knowledge.

Basel was far busier than Brig, but you got the sense that it was a productive place. The people seemed on point. We had a few hours to kill, so after some vaguely Chinese food we posted up in a Starbucks to rest and admittedly, get wifi. I found Switzerland to be a delightful place, although the others insisted that it was only because I had somehow managed to score a free Earl Grey tea from the extremely beautiful Starbucks barista. It didn’t hurt. You might think Chinese food and Starbucks were odd choices to waste time in Switzerland, but honestly we were too tired to venture much further.

Eventually our final train arrived. It was due to take 10 hours, overnight, passing into Germany and up, northeast across the country to Berlin. We assumed, given the length of the ride, that this would be the most comfortable train yet.

We were so devastatingly wrong. What showed up seemed like a Soviet-era relic bound for East Berlin, on which we had to sleep sitting upright over the course of the night and which stopped at what felt like 50 stations inclding Freiburg, Heidelberg, Karlsruhe, Leipzig, and more.

We hardly slept and were pretty haggard when we arrived in freezing Berlin, but made it to our AirBnb location. Our excellent host Johannes saw our sorry state and allowed us to drop our bags off and check in early. He was a gracious host and there was instant amicability between him and the Cosh boys. Despite his offer to let us crash immediately, we popped down the street to an empty Turkish cafe where we revived our spirits with tea and baklava, after which it was absolutely time to nap. Hertha BSC vs Bayern Munich awaited us in the afternoon.

When we awoke we got ourselves together and headed off via public transport to the Olimpiastadion, which had hosted the World Cup final in 2006 (Zidane’s famous headbutt). Immediately, we could tell that this was a land of towering giants, as I was one of the shorter people around despite being six foot tall, and Bernie’s 6 ft 2 didn’t look out of place.

The Germans going to the game were the best supporters we encountered, and definitely the most organized. The Hertha fans didn’t stop singing and chanting from an hour before the game to the final whistle and put on a great spectacle. We were also impressed by the Bayern fans, who despite being the away team had some serious strength in numbers along with some flares that went off at the start of the match.

Unfortunately, the fans were the best part of this game as despite a wonder goal from Douglas Costa midway through the second half, it was an otherwise utterly drab affair with few chances for either team. Bayern ended up winning 2-0 but we left the game a few minutes early to get out of the stadium faster, such was our level of boredom.

Our thirst to see a good game unquenched, we made our way to an Irish Pub known as the Harp to watch the Manchester United-Everton FA Cup semi-final, and were not disappointed as a Martial winner in stoppage time sent the bar wild, including Bernie and I. Behind us, a group of jolly Dutchmen started singing Louis Van Gaal’s name.

Following the game we made our way home and packed our stuff up on what was our last night in Europe. The following morning a couple of buses took us to Tegel airport and after a short layover in London, we flew back to Toronto.

It was a hectic, dizzying, wonderful trip on which we saw the quietest and loudest of fans, some football more boring than we could have expected and some moments more magical and golden than we could have dreamed of witnessing, but above all we took in four different cities, cultures and attitudes and we did so together. For 10 days, Europe was Under The Cosh. 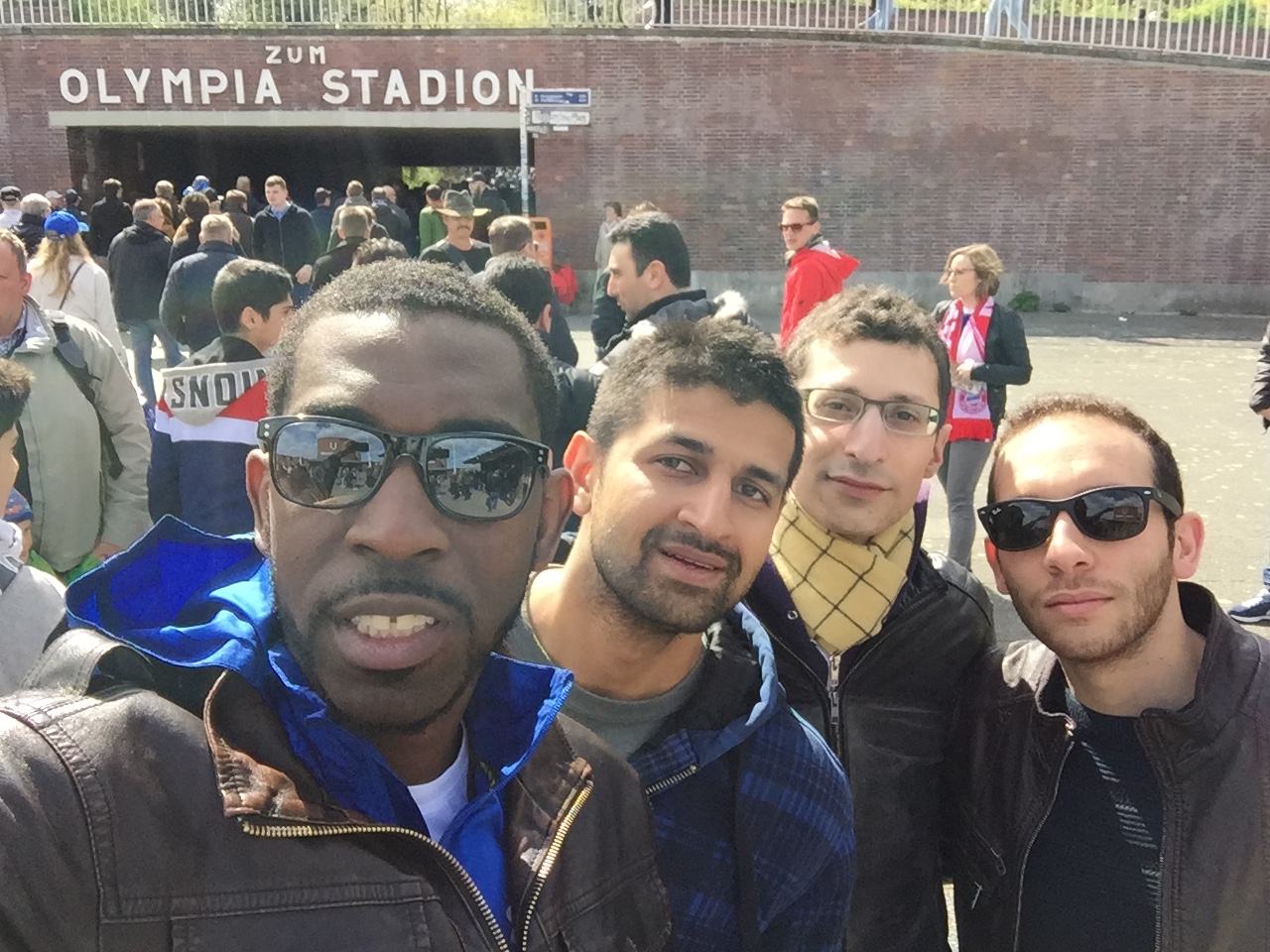