This week on the Coshcast, Reds left red faced by Rash as United beat Liverpool, Spurs lose their Kane but manage to walk past Bournemouth anyway, Arsenal, City and Chelsea get routine wins and we find out what happened when West Ham decided to put Joe Hart back in goal.

It’s the Coshcast! We know you have a choice so thank you for flying with us. We start in the MLS playoffs as Toronto FC progress and Jozy Altidore is forced to take the Bulls by the horns.

Coshcast: It’s all too easy for Morata, Lukaku, Lacazette

It’s the Coshcast and this week we’re chatting about what happened in New England as Toronto FC lost their second game in a row, and old England where Crystal Palace lost their sixth.

In the Premier League City smash Liverpool as the curse of Oxlade Chamberlain continues and Sadio Mane creates a profile on Faceboot so that he can send his thoughts and prayers to Ederson. Elsewhere, Arsenal take a bite of the sour cherries, Mourinho is the only person in the world pining for Fellaini and for Swansea, we Renato ways to say that Sanches had a bad game.

Laura Armstrong joins us on this week’s Coshcast. Chelsea go all-out trench warfare against Tottenham as Marcos Alonso proves his worth and Lloris struggles in just the latest example of the French setting up a wall and the opposition quickly finding a way around it.

Can Barkley actually make it amongst the Premier League’s elites?

Ronald Koeman has stated that Ross Barkley will definitely leave Everton this summer. The Cosh discuss whether Barkley has made the right choice, where he may want to go, and what his realistic choices may be. 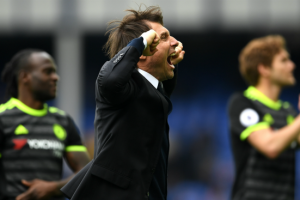 This week we start with the Champions Chelsea as Michy bats away the critics to score the league-winning goal, and Cesc follows in Theresa May’s footsteps by promising a Blue assault on Europe. 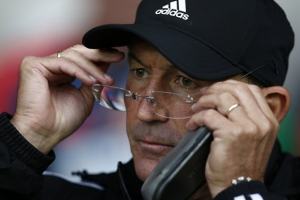 You would imagine if Tony Pulis’s Stoke had ever conceded a header to Mesut Ozil that the current WBA manager would have done quite a lot of naked headbutting after the match.

Sahko handed in a transfer request in a very modern way, airing his grievance with King Klopp via Snapchat of all things. If he was slightly ahead of Yaya Toure in the “likely to get a game in the League Cup soon” stakes, he has certainly slipped.

Where did it all go wrong for these players?

One of the saddest and least talked about stories in this transfer window is the future of Mario Balotelli. Liverpool manager Jurgen Klopp has told the Italian that he is no longer part of the plans at Anfield. After his wonderful Euro 2012 performance the sky was the limit for Balotelli but since then he’s been cast away by Manchester City, didn’t light it up in Milan, failed at Liverpool and on his return to Milan he was almost invisible. Safe to say, Mario Balotelli’s career has been a flop.

Throwdown Thursdays: Would Barcelona stroll to the EPL title?

This week, Gerard Pique came out and said that if Barcelona and Real Madrid were to go to the Premier League right now they would have no chance of winning the Premier League title, at least not in their first season. His rationale? “If you go to Stoke, or other types of teams, then it will be really tough.”

Welcome to episode 15. Thank you for listening to the Coshcast! If you enjoy it, we’d be very grateful if you could rate, review or subscribe to the Coshcast right here on Itunes, all of which helps to rank the show, and the spread the word. Coshcast your […]

The Coshcast returns and we dive straight into the Premier League where City beat Chelsea 3-0 and like a young man on Maury Povich receiving a positive paternity test, Mourinho declares it a fake result.