It’s been a difficult season for Chelsea fans. This one has stronger opinions than most. Nanu Emannuel Ugwu takes us through a season of inexplicable behaviour, decisions and performances. 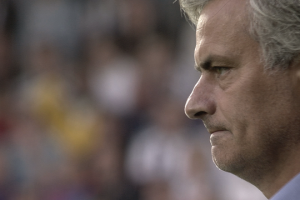 When Chelsea were in free-fall in the late, dark days of Jose Mourinho’s second reign, we asked the biggest Chelsea fan we know to tell us what on earth was going on. Here is his answer. Part 1, at least. Get a cup of tea and settle in. Faisal Pasha goes deep.

Jose Mourinho: The Delusional One

No matter what anyone tells you, the mood within Chelsea is just not right at the moment and it’s all Jose’s fault. Players are lacking confidence and it’s in the managers job description to do something about that. The players are no longer running into proverbial brick walls for him. Aside from that, the spat with Eva Carneiro is further proof that the Special One may need to have his head examined.

Christmas has come and gone, turkey has been consumed in mass amounts. The New Year has been welcomed with lots of bubbly. This also means we’ve reached the midway point of the Premier League season making it appropriate to take a look back at the 2014/2015 season so […]