The Second Half: Things to Expect in the EPL

Boxing day has arrived and the season’s second half has begun. The title race may be all but over, but the domestic cups are still to play for and the Europa and Champions League knockout stages have yet to commence. Just a few weekends ago we were delighted at the onset of another footballing season. Now, we find ourselves wondering how things will transpire as we prepare for another World Cup.

The Shambles That Is Sunderland AFC

Sunderland however, is a disgracefully run football club. Football fans everywhere should be insulted by the way this football club performs season in, season out. It’d be better if they were relegated and spent a few years in the wilderness in order to reassess how they operate. Einstein defined insanity as doing the same thing over and over again expecting different results. If that’s the case then Sunderland are the custodians of the asylum.

Listen to the latest episode of the Coshcast below and subscribe on iTunes right here! Chris Darwen is a sports writer and author living his dream on the Costa Blanca in Spain.  Tales From The Top Flight has been featured each week in the largest English speaking newspaper […]

Welcome to episode 13. Thank you for listening to the Coshcast! If you enjoy it, we’d be very grateful if you could rate, review or subscribe to the Coshcast right here on Itunes, all of which helps to rank the show, and the spread the word. This week […] 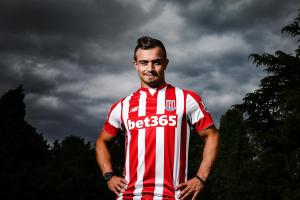 Andre Ayew, Jordan Ayew, Bojan Krkic, Ibrahim Affelay, Yohan Cabaye, and Xherdan Shaqiri. Did I miss anybody? Probably. Have you guessed what I’m getting at yet? Good for you.

So why does Pardew not get the credit he deserves? The man has a reputation problem. The problem is that he has the reputation of being an absolute bell-end.

As we near the midway point of the 2014/15 Premier League season, let’s take a look at some of the major themes so far. Patience At time of writing, this is the furthest into a season we’ve got in 18 years without seeing a manager get sacked. It […]