But how will Arsenal line up this season? The new additions have given more balance to a weirdly-assembled squad, and now there are options aplenty in some positions, and still dangerously few in others.

Unai Emery likes a 4-2-3-1. It’s what he wanted to play at PSG, but his players talked him into the 4-3-3 that they preferred. At Arsenal, where Mesut Ozil must be used and is pretty much wasted as anything other than a #10, the Spanish coach seems likely to revert back to his old favourite. 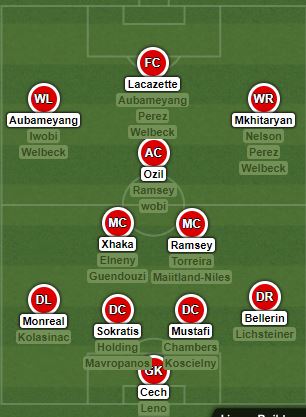 Among fans there has been talk of a 4-4-2 diamond that would accommodate Torreira, Xhaka, Ramsey and Ozil while allowing Lacazette and Aubameyang to play as a traditional front two. It’s an extremely tempting proposition in theory, but is unlikely for three reasons. 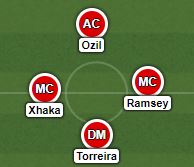 A different solution would be to use the PSG-esque 4-3-3. This system is arguably optimum for the most players. It would allow Torreira, Xhaka and Ramsey to all start and play in their best roles, while offering a little more defensive solidity than the 4-2-3-1.

As ever though, Mesut Ozil’s role would be problematic. It’s not as if he hasn’t started plenty of games for both Arsenal and Germany on the right side, but it doesn’t get the best out of him. This is inarguable. 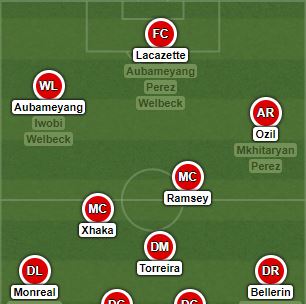 In all this, Henrikh Mkhitaryan is somewhat of a forgotten man. Having barely played in the first half of last season, he joined Arsenal in January and had a mixed time of it, albeit playing in a largely dysfunctional team. Despite that, two Man of the Match awards, two goals and four assists in nine Premier League starts was a decent return,  and he’ll be looked to as a serious creative outlet this time around.

Positionally, however, it feels as if he can’t help but be sacrificed. If Ozil is fit, Mkhitaryan won’t play in his best position – as a #10. Due to the lack of other good wide options, his most-likely role will be on the right, where he’ll be expected to come inside and link up with Ozil and the striker, leaving space for Bellerin to overlap (and put in terrible crosses).

For all the talk of getting the best out of Ozil, how Emery makes use of Mkhitaryan will be equally fascinating.

Other areas to watch