Ronaldo’s stunner and the best bicycle kicks ever seen 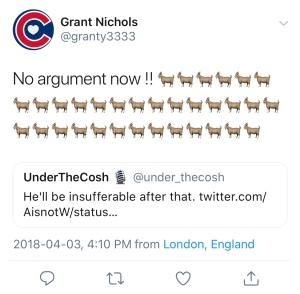 With all the attention being placed on the Portuguese magician, it seemed as if no one else had ever done such a thing (guilty as charged). Rio Ferdinand asked on Twitter which was better; Rooney’s vs. City or this vs. Juventus? We personally think Ronaldo because Rooney’s was a shinner, but who else deserves to be mentioned? See below.

Before the lion came to England and bedazzled us all at Man United, Zlatan absolutely embarrassed England and Joe Hart with this 40 yard stunner.

A defender! That defender! From that far out! Words don’t do this justice, just watch.

The control, the swivel, the impudence!

The meaning of a goal contributes in a large way to how we perceive it, and Rivaldo’s last-minute, long range bicycle kick secured Barcelona their place in the Champions League after what had been a disappointing season.

How’s this for a blast from the past? What a hit!

This goal was described as akin to a horse falling down the stairs. A bit unfair as it’s pure class from the lanky wonder of the world.

City were coming up as a force in England. How would Man United respond? With a Wayne Rooney shinner to win the match and quiet the noisy neighbors for a while.

The best Egyptian in the Premier League before Mo Salah (any Mido fans here?). Will Salah ever be able to top this?

Though it was disallowed, this was absolutely nuts especially as it was scored by a goalkeeper.

This was in pre-season but look at that technique. This was Falcao pre-knee injury. What a player, what a goal.