Cry me a River Plate & tales from South America

Mauricio Suchowlansky is an Argentine historian with a passion for football, and food that can be eaten with one hand. Here, in his first piece for Under The Cosh, he gives us the lowdown on what was an incredible week of football across South America. Enjoy.

It’s been a busy week for South American teams. Leagues throughout the continent continued with their schedules prior to the 6-12 November FIFA hiatus. The most outstanding game of the week past was the Copa Libertadores semi-final match between the two remaining Argentinean contenders, River Plate and Lanus.

River Plate, arguably the favourites to win the continental tournament, had the upper hand for roughly two thirds of the game: not only had they carried forward a one-nil lead from the first game, but they had a two-nil lead in the second-leg. Lanus were thus required to score, not two, not three, but four goals in order to make it to the Libertadores finals. An almost Quixotesque enterprise some may say. Yet Lanus, River’s bête noire of the past two decades, continued playing their usual game of fast-paced passing, with three strikers and three talented midfielders, resulting in a shocking 4-2 final score. Lanus will thus face Brazil’s Gremio of Porto Alegre in the Libertadores Final, with the first game scheduled for November 22nd.

What else has been going on around South America?

River Plate’s horrendous week continued last Sunday as they hosted Boca Juniors in Argentina’s “El clasico.” After their awful exit from the Libertadores semi-finals, the Boca match was their chance to find the path out of the wilderness. Instead, River found themselves in the middle of yet-another storm as they lost 1-2, allowing their arch-rivals to take a seven-point lead to Cinderella team, Union of Santa Fe, in the Argentine Super Liga.

Brazil’s football weekend was shaped by news coming from Zurich as FIFA confirmed that Paolo Guerrero, Peru and Flamengo’s franchise player, had tested positive for a banned substance following the Argentina-Peru World Cup Qualifiers match. While the reasons for the doping failure are still unknown (FIFA did not disclose the substance), Guerrero has been provisionally suspended for thirty days. As for Flamengo and Guerrero himself, they categorically deny the use of any banned substance. In other and perhaps more positive news, Sao Paulo giants Corinthians continued with their excellent form after they beat Palmeiras 3-2 in a dramatic match. Corinthians (home of London-born Colin Kazim-Richards) are now five points ahead of Palmeiras and six ahead of city rivals Santos, whom they face next week. 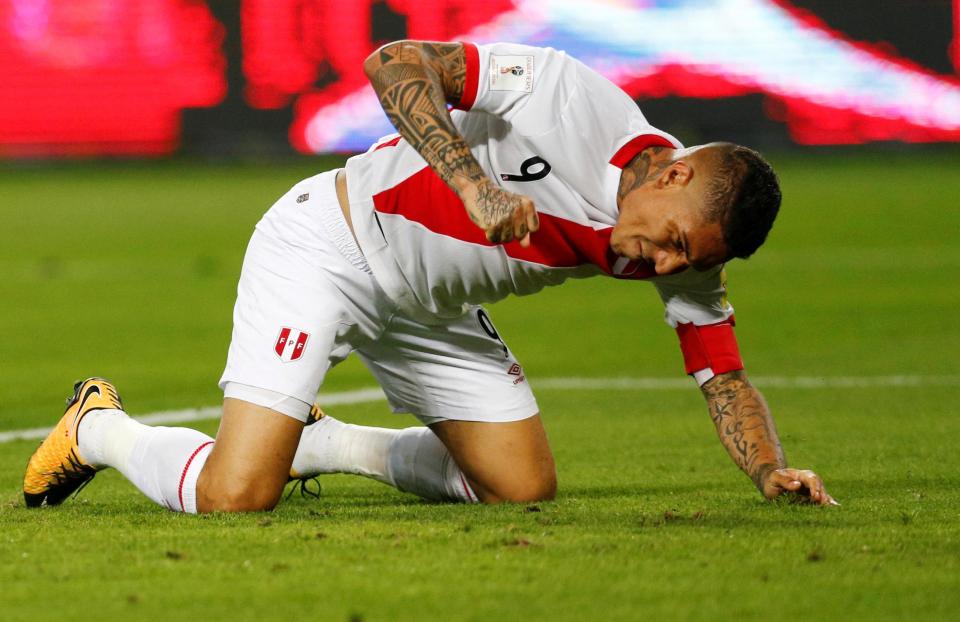 Chile’s Primera Division has, without doubt, they most intriguing race of all South American leagues. Not only are there three teams tied in first place (Colo Colo, Universidad de Chile, and Union Espanola in GD order), but the difference between seventh-placed Deportes Temuco and the three aforementioned teams is but five points. At least something to celebrate for Chilean football after the National Team’s debacle in the World Cup Qualifiers, no?

Last but certainly not least, we have Uruguay’s Primera Division, where South America’s powerhouse Peñarol continue with their Celtic-like record of eight consecutive victories. As for Nacional (who are to Uruguay what Rangers is to Scotland), they beat Liverpool (what’s with the English names among Uruguayan teams?!) 4-1, allowing them to sit fifth and eleven points behind their nemesis, Peñarol.

Check back with us soon for more of Mauricio’s musings from the realm of South American football.