In case you missed it, click here for Part 1 and here for Part 2 of his wonderful look back over what was an incredible season of football in Ligue 1. Part 3, the epic finale, is below. Enjoy.

A close second in jersey of the year, Nantes are undoubtedly the story of the second half of the season. René Girard (not the philosopher. I bet he gets that every time) came in with a history of doing the miraculous with small clubs, winning the league with Montpellier in 2012. He was unable to work his magic with Nantes, however, and was out of a job by the start of December. Sergio Conceicao took over a team second from bottom and led them on a streak that saw them end 7th in the table. Emiliano Sala was a man possessed with 12 goals and Prejuce Nakoulma was a valuable January addition. Conceicao trusted his squad to play good football and they rewarded him with some storming performances, but they could struggle next season as he has just agreed to a job with Porto.

Girondins de Bordeaux were unable to recapture the glory years but they were the first team to snag themselves a European spot, finishing the season strongly after first year coach Jocelyn Gourvennec got his team set. The squad was littered with talent, both established or otherwise, with the Brazilian winger Malcolm and Valentin Vada being particularly fun to watch. Jeremy Menez continued to be an absolute nutcase occasionally capable of magic.

Now we’re getting to the fun stuff; Olympique de Marseille. They mirrored Nantes and Bordeaux by starting poorly before finding their feet, this time under the marshalling of Ligue 1 favourite of Rudi Garcia who took charge on the 20th of October (Happy birthday to me! Only, I’m not a Marseille fan). Frank McCourt was a new owner who led the charge on some big changes, most notably bringing Dimitri Payet and good vibes machine Patrice Evra back to France. They finished strongly, with Florian Thauvin in particular scoring several pearlers throughout the year. Morgan Sanson was an astute buy in the January window, and Bafitembi Gomis managed to bag 20 goals over the course of the year. They’ll need some reinforcement for their European travels next season, but the biggest club in France look like they might be back.

Lyon completed the treble for the second year in a row. Finishing top of the league with 103 goals scored for and six against is a hell of a record, the only blot on their copybook being a loss to Paris St. Germain in the league. They took their revenge against their rivals in the Coupe De France and the Champions League Final, sneaking out wins on penalties both times. The men’s team did ok as well, finishing fourth and continuing the standard will they/won’t they thing with 28 goal-scorer Alexandre Lacazette, as usual. Memphis Depay joined in January and did well, but more about that later. A stellar Europa League run also brought the team to broader attention, but Lacazette and Corentin Tolisso will be difficult to replace if the former joins the latter in moving on. 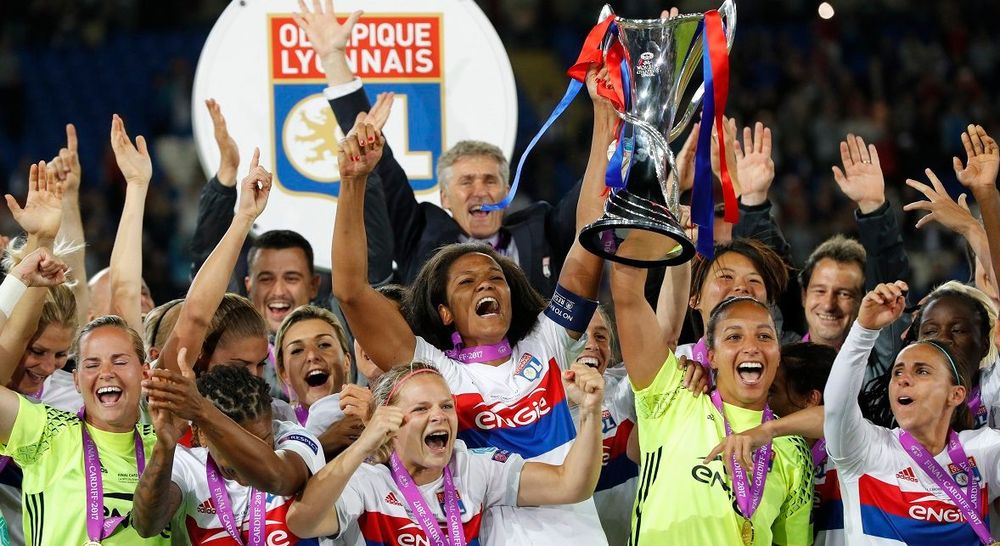 Third place team Nice were famous for one name they brought in in the summer – Mario Balotelli. The Liverpool loanee did well in his stay, scoring 15 goals in the league and contributing regularly, but the most important man at the club was undoubtedly coach Lucien Favre. The Swiss continued the momentum of last year despite the loss of Hatem Ben Arfa to PSG’s bench and Valère Germain’s loan spell finishing. The addition of Dante was key, allowing flexibility in the shape and bringing experience to a raw backline. Malang Sarr started the season well, but faded as the season wore on. The midfield was the real story. Wylan Cyprien scoring a wonderful free-kick against PSG really underlined his importance to the team and how unfortunate they were to lose him, and Jean-Michel Seri was a precise metronome in the middle of the park. If Nice can keep hold of Favre, and if they can bring in some new players, they will be a team who could surprise in the Champion’s League next year. 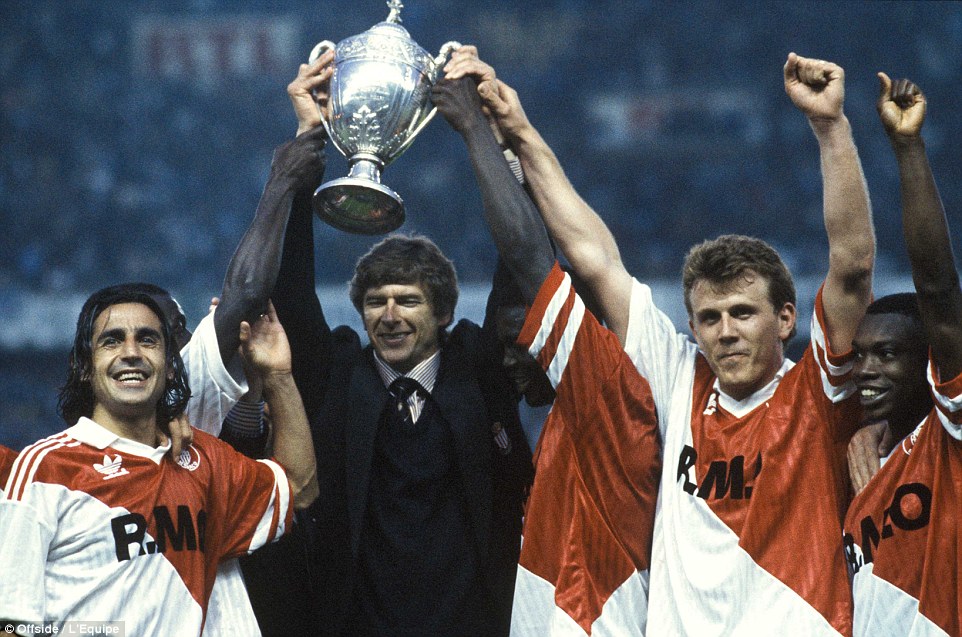 Moncao! This team were so much fun to watch this year, it’s difficult to really quantify it. The talk at the end of the year was all about Kylian Mbappé, and with good reason, but this entire squad could be in the team of the year. Falcao was back to his best, Djibril Sidibé, Almamy Touré, and Benjamin Mendy provided pace and incision from the full back position, whilst Fabinho and Tiemouné Bakayoko were rocks in the centre of midfield. Bernardo Silva has already been noted as a valuable player, with Manchester City paying 50 million Euros for the wonderfully crafty attacking midfielder. Thomas Lemar was the pace-setter early on in the year and, as with most French clubs, the story now is whether they can hold on to the squad they have amassed and Leonardo Jardim, the coach that kept them all going. This club scored 107 goals in the league for crying out loud, and it took an astonishing performance from Juventus to knock them out of the Champions League semi-finals. An excellent year for a team that played football that deserved to win championships.

So that’s all of the teams, including best kit – Saint. Etienne – and best signing – probably Diabaté as a player, but Sergio Conceicao as a difference maker. The last thing to cover is a long list of youtube videos for goal of the year.

Seri gets a nod here but Balotelli’s game-winning effort against Lorient was a real peach . Metz’s Ismaïla Sarr arrives here after the foreshadowing earlier, his banging scissor volley just being pipped by this blistering dash right up the middle of the pitch. That leaves three; Julian Palmieri’s volley off a half-cleared corner being a textbook execution of one of the most impressive skills possible, is joined on the second step by an early favourite. Memphis Depay’s lob from the halfway line is noteworthy enough, but it was the beating of the man beforehand that really made me love it. Just wonderful.

It is not, however, my goal of the year. That honour goes to Emmanuel Bourgard of Amiens SC. His goal in the 95th minute with the last kick of the last game of the season saw Amiens grab three points and jump from fifth to second place in the table. This won them automatic promotion to the top tier for the first time in the history of the club, and will have to be in the pantheon of glorious, cathartic finishes to a season.

Ligue 1 was as advertised this year, only more so. I expected squads full of talented youngsters to be playing some great football, but I didn’t expect to see so much of it. Every team had flashes of greatness, and coaches up and down the league were playing open attacking football. French football has a reputation for being dour, but this season has really bucked that trend, showing some swashbuckling stuff that will hopefully only get better. I’ll definitely be watching along next year, and I hope I’ve convinced a few of you to join me.