It’s been a difficult season for Chelsea fans. This one has stronger opinions than most. Nanu Emannuel Ugwu takes us through a season of inexplicable behaviour, decisions and performances. Follow him on Twitter @Nanu759

By all accounts, Chelsea have had a horrible year.

It started with the lady doctor Eva Carneiro and ended with John Terry crying like a lady. A rollercoaster campaign it certainly was not for the mightiest team in London due to the absence of any sort of highs and a plateau of unimaginable lows.

It’s almost impossible to talk about results or style of play or progress when the backroom is in terrible chaos at any club.

Every step in a forward direction, every burst of form, every “Oh they’ve gotten over it”, was swiftly followed by brutal and scalding defeats with no context or cohesion. Players losing form and retaining their spots (looking at you, Ivanovic) and others being scapegoated and denied opportunities (Oscar, Matic).

Most of Chelsea’s on the pitch problems pre-dated the current season as they began in the closing months of the march towards the league title in early 2015. The Fabregas and Diego Costa axis was as basic (if not more) than a long punt up to Jamie Vardy was this year. Their collective form dried up and Eden Hazard rapidly became plan A. His own inconsistencies notwithstanding, the team had an abject look about them in almost every game played in the ember months of the title-winning season.

I’m personally not a stats man but it says a lot that Chelsea only won five Premier League home games this season in a 20-team league: The teams that suffered this ignominy were 20th, 19th, 18th and 17th in the table. The other team was Arsenal in a frankly ridiculous game that saw the Gunners still in with a shout until an own goal in stoppage time, despite being down to nine players.

The signing of Fowl+Cow was indicative of our transfer dealings and hurt me the most. A United discard who had had a terrible year was coming in to replace Didiger Drogba. Did Jorge Mendes mean well? We really need to stop doing business with this guy. Whoever sanctioned the Falcao deal at SB has a lot to answer for. 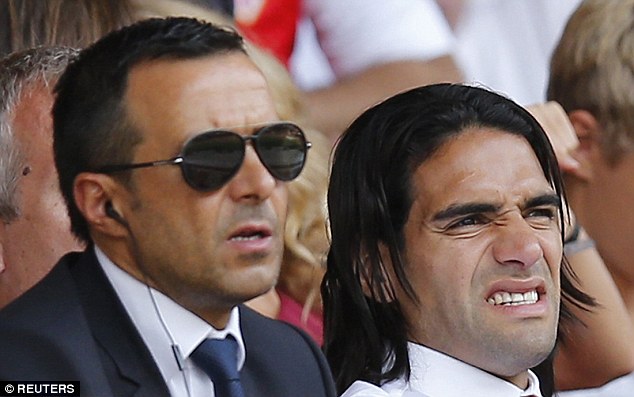 Falcao was a disaster of a signing

Pedro’s form came and went after a scintillating debut and only the performances of Willian kept the team above water. He was deservedly nominated as Player of the Year, but he’s no Hazard, nor is he world-class.

The summer pursuit of the overrated (a bit of tautology) English centreback John Stones was made unnecessarily public by Mourinho and the board was never likely to sanction such an expensive waste. Also mind-numbing was the rumoured attempt to jettison off Oscar and Ramires to Turin in an attempt to bring in Paul Pogba from Juventus.

By the time Abramovich pulled the trigger on Jose Mourinho the damage had already been done. That man is a capital fraud and I don’t understand why most of our fans have refused to see this. How does a man who claims to love Chelsea so much be so quick to implore for a job at a contemporary rival so soon after he has been dismissed? His craving for everything Manchester United disgusted me personally then as it does now that he is actually the favorite to take over at Old Trafford. I hope he gets the job and ruins them too.

The immediate upturn in results gave credence to the belief that Mourinho’s presence drew ilk in the backroom. Jose was right when he remarked that the squad was overperforming and light in certain areas. Where he was brutally dishonest was in his own refusal to acknowledge that he was the reason for the personnel problems. It certainly wasn’t Michael Emenalo (who brought in young stars like De Brunye + Lukaku) that asked for Cuadrado to replace Schurrle and Salah and then jettisoned him after six months!

The lack of blame directed at him by most of our fans contributed to the toxic atmosphere in the boardroom, in the dressing room and in many a living room across the Chelsea faithful. Like really, who do you love? Our club is bigger than any individual that serves the institution. Except Abramovich of course.

He continues to divide the club and his influence is very toxic compared to the more demure and affable personality of Claudio Ranieri (who was deservedly given a hero’s welcome on the final day).

The biggest disappointment for many, especially Abramovich, was the failure to integrate youth team players into the first team for yet another year. Players like Loftus-Cheek could have played a part in the struggles and rigours of this season and learned a lot. Instead he was a fringe player, and those who were loaned out return with their futures postponed. Isaiah Brown and Dominic Solanke spring to mind.

The insistence on maintaining the boot-room staff (Eddie Newton, Steve Holland, Lollichon etc.) indicate that there is a sort of policy regarding the academy but I still feel the team needs a stronger Director of Football. Emenalo seems great at recruitment but he can’t be tasked with welfare of the first team without the respect that the role requires.

Something must be done about John Terry but I’m not in favour of seeing him in the starting 11. He is way too slow. AVB tried to play high pressing but couldn’t do so because of Terry’s immobility. Di Matteo combined Cahill and Luiz into a unit. Rafa weaned us off Terry successfully and Mou undid all that work by bringing him back. The team needs to get past the ‘glory’ years of Cech+Terry+Lampard+Drogba and match the ambition of being a mega club. Petty sentiment is not required. You wouldn’t imagine this sort of decision making at a top club like Barcelona or Bayern. Once you’re unable to perform at the highest level, you are given two options, neither of which are staying in the team.

The similarity in character between Mourinho and Diego Simeone probably counted against the Argentine. The only difference is that Simeone was an accomplished footballer that Mourinho never was. Simeone also shares an agent with Mourinho so that would have been an awkward negotiation, not to mention the Atletico manager’s buy-out clause.

It is for these reasons that I believe Antonio Conte was chosen. He has the tenacity to influence the playing personnel and wouldn’t really go for it without the opportunity to enhance his reputation. Clearly, he has the ambition. Whether it can work is another matter, seeing as he would be compelled to play more academy players but with less games to do so since the team is not in Europe. Also telling is the limit of control that was afforded to him in the backroom staff recruitment.

The season itself petered out after the mid-campaign recovery. No period was more indicative than the consecutive defeats to PSG and the FA Cup loss at Everton.  The lack of ambition and willpower at various points in those games were shocking.

A lot more could be written but there can be no disguising the facts that this season was indeed a ANNUS HORRIBILIS. However, given a lot was learned, you wouldn’t quite say it was one to forget in a hurry.

Listen to our latest podcast: