Olympique Marseille 2015-16 Season Review: Where do they go from here?

After an intense and relatively successful 2014/2015 campaign under Marcelo Bielsa, Marseille had a tense summer. Top players left, their replacements – including Abou Diaby – came in on the cheap, and their combustible Argentine manager walked out on the club after the first game of the new season. How would they react? Here to tell us is French football expert Mohamed Mohamed. Follow him on Twitter at @MoeSquare.

I don’t even know where to start with this season. Last year was disappointing in the sense that the season started so well, looked so promising and then ended meekly with a 4th place finish. This year Marseille have just been bad for long stretches of time.

This is the same team that couldn’t buy a win at home all season, going nearly eight months before beating Reims in week 37. This is the same club that for all their shortcomings (and we’ll touch on them soon), as late as February were 3-6 points off a Champions League spot. And then by April, they somehow got themselves to the point where relegation talk was an actual thing. The drop was avoided but Marseille are on course to have their worst season since 1999-2000, back when the club were rebuilding themselves after the bribery scandal of 1993.

Marseille were genuinely good in 2014/2015, most of their underlying numbers whether it just be shots or expected goals had them in the top 2-4. They were vibrant in attack, insane at times, always a guarantee to put on a good show regardless of the final outcome. Even after they slowed down from Jan-May, they were still a title contender for most of that time. Dimitri Payet was brilliant and even though the English media want you to believe that he just got his act together with West Ham, that’s not entirely true. Andre Pierre Gignac had another solid season (and with his continued success in Mexico looks to be a man having a genuine late career revival), youngsters like Benjamin Mendy and Gianelli Imbula were exciting. Even with how the season ended, a lot of good came out of it.

Alas, no Champions League and a huge exodus of talent meant that Marseille basically had to rebuild on the fly. Loads of departures occurred including Payet, Gignac and Imbula and with insufficient funds to play with, Marseille had to go to the bargain bin for loan signings and free transfers. Lassana Diarra was an example of a free transfer turning out to be a wonderful piece of business as he’s revived his career to the point where he’s probably going to Euro 16 with France. Even then though, there’ve been real murmurs that his contract included a “wink wink” deal allowing him to leave on a free this summer so while Marseille didn’t have to pay a transfer fee to get him, they’re getting nothing back in return.

The number of loan signings that didn’t work vastly outweigh the positive ones. It also didn’t help that Marcelo Bielsa quit after the opening game of the season and the reigns were handed to Michel, someone who wasn’t really cut out for the job despite his own high opinion of himself.

It also can’t be understated how big of a dip the quality of football has taken. Last season there were plenty of exciting matches that Marseille were a part of. This season? You can count them on one hand. This can also be seen statistically. Marseille shot the most times last season, this season they’re fifth. Shots on target have been around the same but the quality of shots have suffered greatly. Last season Marseille were 2nd in expected goals for. This season? They’re closer to mid-table. It’s not surprising that there was a drop off seeing as the quality of attacking players that left were considerably better than the players coming in, and the coaching job that Michel did was rather putrid.

You would think that a team with Michy Batshuayi as their striker and wingers like N’Koudou/Sarr/Alessandrini in a down season for Ligue 1 overall could surely conjure up better results with a real system in place instead of one that just called for endless crossing to Steven Fletcher. So many games this season, especially after the January transfer window, consisted of Marseille shooting 13-15 times per game, with most of those opportunities being low quality headers. Contrast this with the season before when Marseille combined their penchant for crossing with other high value opportunities, this season that mix was rarely present.

Defensively it basically came down to Steve Mandanda having a nice bounce back season which saved Marseille numerous times. Marseille went from a team that controlled ~60% of shot quality attempts to barely just 50% this season, the equivalent of going from a Champions League contender to mediocrity. 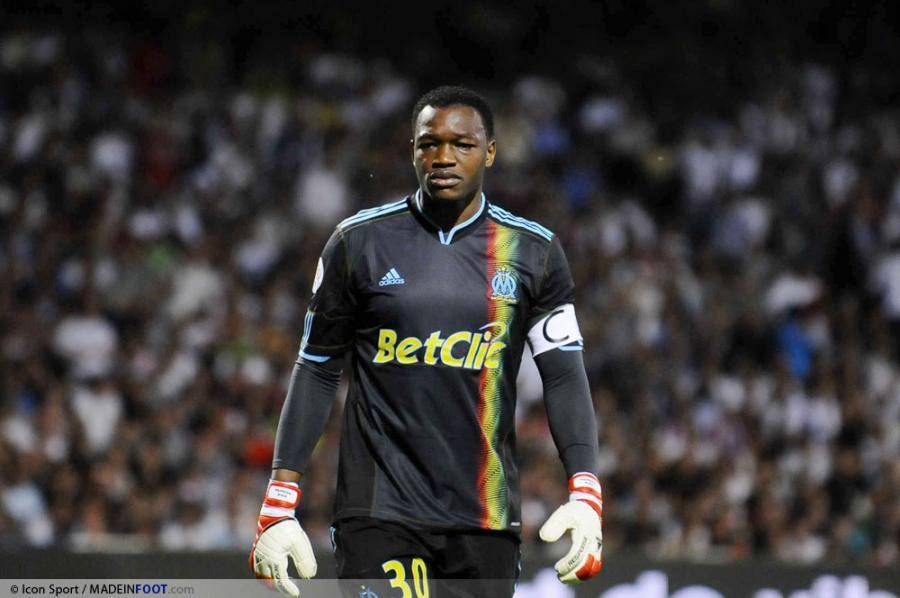 Marseille are stuck in a vicious circle. With a lack of funding until further notice, they’re at risk every year of having to rebuild their squad whether the season turns out to be a success or not. Just look at their Transfermarkt page and see the amount of people either on loan, listed as a free transfer or have their contracts expiring this summer. Combine that with players like Georges-Kevin N’Koudou and Batshuayi who will fetch interest from the Premier League and Marseille are going into next season with little remaining to build around. Also who’s to say that a team might not look at Benjamin Mendy and think that in a football climate full of attacking left backs, getting him probably on the cheap would be beneficial?

Can Marseille work around this? To some extent yes. Unless someone insanely rich buys the club (and it is for sale), Marseille will have to get used to living in a world where they’ll have to continually rejig their squad to some extent. Sevilla in many ways have built the blueprint for a team to be successful while constantly selling off players they turn into really good contributors. Another thing that helps Marseille is that even though they’re in a world of hurt financially, Ligue 1 teams below them are having an even worst time of it, so there is affordable talent available from within the league.

Also key, and this is big, Marseille just need to stick to having one manager for multiple seasons and give him a chance to build the squad to his liking. Just look at again Sevilla and Tottenham to see the benefits of having a stable coach. The last coach to be with Marseille for longer than two seasons was Didier Deschamps, and even then lots of bickering occurred. Their Wikipedia page for managerial changes is such an interesting dive through Ligue 1 history that you would be forgiven if you got lost in it for a bit. Marseille go through managers quicker than people go through pairs of socks and even though they’ve had success in the past doing this, it’s just too volatile a way to be as a club especially without the financial strength to fall back on.

As a Marseille fan, I’m genuinely dreading next season. A lack of funds, another squad exodus, finding a new manager and a buyer for the club all await this summer. The best case scenario is that a young manager like Jocelyn Gourvennec is hired and given multiple years to build a capable squad, a buyer with relatively deep pockets buys the club and Marseille take advantage with a modest summer full of reasonable buys whether it be domestically or abroad. Combine that with a league that’s declining outside PSG and to a lesser extent Lyon, and you have the recipe for a decent push to make it back to Europe next season. Again though, that’s the best case scenario. Anything less than that and the club could be spiraling towards another 13th-15th placed finish with no end in sight.