Throwdown Thursday: The best Liga in the world?

In the latest round of the Champions League, Barcelona and Real Madrid beat Arsenal and Roma, respectively, 2-0. It was comfortable, and though they drew the first leg 0-0, Atletico Madrid will expect to beat PSV Eindhoven in the home fixture and make it three Spanish clubs out of three to progress to the quarter finals.

Meanwhile, in the Europa League, teams from La Liga exerted their dominance even more thoroughly. Athletic Bilbao overcame Marseilles, Valencia slaughtered Rapid Vienna 10-0 on aggregate, Sevilla easily dispatched Norway’s Molde and most impressively, Villarreal – who sit fourth in the league and are having a brilliant season – edged out Napoli, a team that has been on fire in Seria A.

Spanish domination in Europe is nothing new – even on football betting site at William Hill – but it is perhaps becoming more pronounced and impressive given the massive difference in the resources available to Spanish clubs compared with the relative financial might of those in England. Does it mean, however, that La Liga is the best domestic league in the world, or does that crown lie with the English Premier League? Let the debate begin.

Bernie: The best way to answer this question is to look at all the teams in each league. Let’s start at the top. La Liga is incredibly top heavy in my opinion. The top three teams; Barcelona, Real Madrid and Atletico Madrid are absolutely better than what the EPL has to offer in Leicester City, Tottenham and Arsenal. Also taking into account that Manchester City and Manchester United are usually up there as well. But after that, it’s open season and the Premier League takes it.

Alex: The biggest clubs in Spain regularly thump the smaller teams, but that’s more because Barcelona et al are so good, rather than the smaller teams being awful. I also think tactical Puritanism comes into it a little. Watching Rayo defend on the half-way line at the Camp Nou is funny, but rather stupid. Anyway, I think these Barcelona, Real and Atleti sides would absolutely smash the Premiership’s lesser teams, too.

Mohaned: This is a very interesting topic and my feeling towards it changes constantly. I find it difficult to have a definitive consistent answer. This is to be expected as the leagues go through fluctuations in terms of team quality and competitiveness. I’ll take Bernie’s approach. At the top, lets say top three, La Liga wins every day of the week and twice on Sundays. Barcelona, Real Madrid, and Atletico are better than any team the current EPL has to offer.

Bernie: For the teams in this second tier of each competition,  the Europa League is the current measuring stick. In all honesty it’s a very poor one to use. Premier League teams have not given their all in the Europa League for years. Many felt it to be an unwanted distraction. This season there is a renewed sense of urgency and it’s fun to watch.

Sevilla may be back-to-back Europa League winners but they were beaten home and away this season by Manchester City in the Champions League. Manchester United may be stuttering in England but as impressive as Villarreal are, I think the chances of them beating a full- strength Manchester United over two legs are slim. The way Tottenham are playing I wouldn’t see anyone beating them either. It’s a bit unfortunate for this discussion that Liverpool and Man United were drawn together.

Alex:  What has to be said here is that the two leagues are dealing with vastly different resources due to commercial and television deals. Clubs in Spain couldn’t hope to make some of the signings the English clubs do, and so it feels that there is more of an emphasis on coaching, on tactical savvy and on player development. The results that teams like Sevilla and Villarreal have been getting in the Europa League are astonishing, and I would absolutely bet on a Spanish team winning the competition.

I do appreciate the argument that some Spanish sides can put more effort into the Europa League because they don’t stand a chance of winning La Liga – Spurs, for example, are in really difficult predicament given the opportunity they have to win the league – but given the financial resources afforded to British clubs, they should be able to build squads deep enough to compete on multiple fronts. 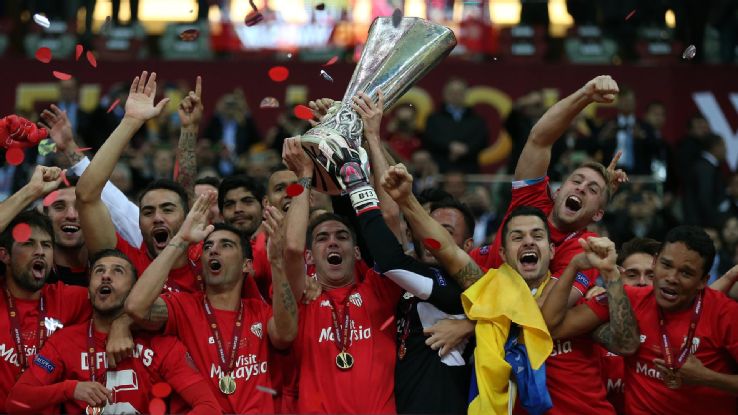 Bernie:  On to the relegation fodder. Newcastle, Sunderland and Aston Villa are absolutely hopeless and an embarrassment to their respective locales. However, surely and I mean surely they are better than Grenada, Levante and Sporting Gijon.

Mohaned: Yes, it’s in the bottom half of the table that the Premier League beats La Liga. As enticing as the combination of games between the top five in La Liga is, the rest of the schedule is utter dross. In the Premier League, due to the high fan attendance and large local fan bases that the lesser clubs have, the lower half match-ups can still be sumptuous affairs.

Bernie: One thing you have to give Spain is that each club (except Real Madrid) has a philosophy and they embed it into their young players. Most youth teams play the same system as the first teams. As I mentioned in a previous article, 55% of Spanish clubs are managed by former players. This allows for the philosophies to remain intact. There’s a formula involved and it ensures that young players being brought through will succeed and this helps the teams in terms of cohesion, and happiness within the dressing room. However, with the Premier League TV money kicking in you can see that teams at the lower end are going to buy better players and beat their Spanish counterparts. A Newcastle team that boasts names like Sissoko, Mitrovic and Wijnaldum are going to beat Levante who don’t have a player of note. They simply have better players. Maybe UEFA should create a competition for relegation threatened teams to see how they do and end this debate once and for all.

Alex: A relegation-fodder equivalent to the Champions League? I love it. It would be a lot of fun seeing Norwich against Las Palmas, or something. Anyway, I’m not sure the better players or bigger names make many of the poorer Premier League teams much better – if at all – than the lesser Spanish sides. Newcastle and Villa for example, have been so desperately bad at football this season that I wouldn’t back them to beat anyone across Europe in an equivalent position. I really wouldn’t. Meanwhile, are teams like Crystal Palace or Stoke really better than what mid-table La Liga has to offer (would you rather have Connor Wickham up front or Aritz Aduriz?)? I’d say no, despite the vast amount of money they’ve spent and will continue to spend. For me, La Liga wins it based on the tactical and technical superiority, and the proof is in the pudding. Their results in European competitions don’t lie.

Mohaned: You know what else doesn’t lie? Shakira’s hips. And she’s “married” to Pique. A Barcelona player. So clearly, La Liga is better. Anyways, not sure how I’ll top that logic, but lets give it a go.

We’ve agreed that, at the top, La Liga are clear favorites. Even just below the top, La Liga is a little better, as Alex pointed out, their European results are proof of this. Its past 7th or so and below, where the EPL trumps La Liga. And that’s a huge portion of the league. The competitiveness of the Premier League, its unpredictability,  and its high fan attendance figures in the lower half of the table, as well as the huge financial incentive for teams to remain in the top flight creates  a great battle in the bottom half which is lacking in Spain. Its a close call, but the EPL just edges it.