When Chelsea were in free-fall in the late, dark days of Jose Mourinho’s second reign, we asked the biggest Chelsea fan we know to tell us what on earth was going on. Part 1 of  Faisal Pasha’s answer dealt with the misery that has been Chelsea’s defense and midfield this season. Here is part 2. Let’s see who else is to blame…

Note: This was written after the Chelsea vs Leicester game of  December 14, 2015

I might end up breaking my keyboard as I reach the problems with our strike force. Diego Costa would not start for a Championship side at the moment. He has looked for more fights than goals this season. Six goals this season, nine in the past ten months. Nine! For a side that just won the Premier League. Just when we thought the striker curse was over, this position badly needs addressing in January. Silly money has to be thrown because that is the desperate situation we are in. Mourinho has even gone to lengths of giving one-on-one tutorials to Diego, and against Leicester he squandered yet another chance one-on-one against Schmeichel.

Falcao was purely a Mendes buy, a has-been after his knee injury. The loan with Monaco needs be cancelled in January and he should be shipped off to Fenerbahce or MLS or even Mars. Remy has the best goals-to-game ratio in the squad but has been more effective as a super sub and is often injured.

Next up, our attacking trio and a lack of goals. Kevin De Bruyne is a great player, but he was never going to get in that side when the likes of Mata and Oscar were there. His sale is now deeply regretted. Following Oscar’s arrival in 2012 and the way he announced himself on the world stage in that memorable game at Stamford Bridge in which he nutmegged Pirlo and fired in a quite majestic goal past a hapless Buffon, many of us thought he would be the number ten that dominated for both Brazil and Chelsea. The heir to Frank Lampard. Again, how wrong could we be?

Oscar has definitely disappointed. The fact our lovely little Juan was sold for Oscar to cement the position as his own, as Oscar initially showed what was required in a Mourinho-style number ten, the lack of consistency has been telling throughout his Chelsea career. For the first time since Olympics, he was afforded a full summer of rest and many thought this would be his season, however as with the rest of the team he has disappeared into anonymity. Now I feel we should have really involved him in a swap deal for Pogba, who would suit the midfield role alongside Matic perfectly, but alas why would he join us when the likes of Barcelona, PSG and City are circling around him? We also may not have Champions League football on offer.

Willian ‘Beckham’ is the only player who I’d consider undroppable. He’s been a bright spark this season. He has seriously upped his game and is the only player to have improved from last term. Last year, his end product was poor despite his phenomenal work rate. He has since silenced many like myself who questioned whether he could improve on his assist/goal numbers. I would already be monitoring Championship opponents for next season if it weren’t for him.

Successful Chelsea sides in the past had serial winners. The lack thereof in the current side is hurting. One particular player I adore  is Eden Hazard, last season the heir apparent to the throne of Messi / Ronaldo and racking up all the individual accolades. Now he looks a shadow of the player he once was. 2,300+ minutes without a goal is inexcusable for a man who possesses such talent at his feet. His antics at Leicester and even prior were embarrassing. Jose rightly pointed out in his post-match presser that in ten seconds Hazard had decided to remove himself and headed straight down for tunnel. Quite a convenient time to pick up a knock. In the Porto game whilst being substituted, it looked from a certain angle as if he pushed Mourinho’s hand away. That is simply unacceptable. Some say his head is already in Spain, and despite being one of my favourite players, no player is bigger than the club and unlike others *cough* Rooney *cough*, the club should not be held ransom.

Will Chelsea still get a huge fee despite his form? Sure. Hazard has age on his side and a recently signed 5.5 year contract as the highest paid player at Chelsea. Florentino Perez’s desperation to please the fans and Real’s status as one of the richest institutions in world football mean they will not hesitate to pay up. Eden has consistently mentioned from his early days at Lille to interviews on the Chelsea website that his idol forever remains Zidane. Eden can gladly leave and there will plenty of proposed swap deals on the horizon – be it James Rodriguez/Isco/Bale/Varane/Kroos, many in that group who have voiced discontent with Benitez approach/tactics.

Should Real not be willing to negotiate, there are other Hazard-replacements available. Antoine Griezmann from our favourite feeder club in Madrid, perhaps. Felipe Anderson, or Lucas Moura amongst others. Options are plentiful as long as we don’t pull a Tottenham in the transfer market as they did with the Bale money. 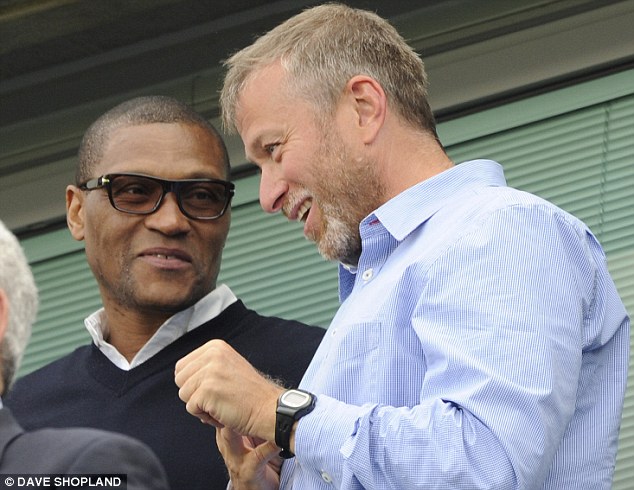 The board is hugely responsible for this mess. How do you not back the manager who just won the Premier League? The villain without doubt is Chelsea technical director Michael Emenalo, responsible for a calamitous summer in the transfer market. Chief Executive Marina Granovskaia was on maternity leave this summer and Emenalo – who was reportedly against Mourinho’s second coming – was put in charge of negotiations. The same man who notably messed up the Neymar transfer in 2011 when the Brazilian had said it would be a dream to join us.

Do we really believe Mourinho would go for signings like Papy Djilobodji or Michael Hector? With increased TV revenue and the new (albeit cursed) 40m Yokohoma deal, how do you not back your title-winning manager in the market? Did we not learn from previous summer, to get the transfers done early – as with Fabregas and Costa? Give them a full pre-season and the rewards were there to be seen. There was no reason to not invest in a title-winning squad.

Now, many will argue this is not the reason Chelsea weren’t able to beat the likes of Bournemouth and Palace  at home, but the attitude of some of the players on pitch was one of indifference, of having achieved it all already. They did not show a serial winner’s mentality. They were not challenged, losses accumulated and confidence has ultimately taken a battering. No matter how big the player or talent, loss of confidence does impact a player hugely. They are unsure about executing certain passes, players end up not being on the same wavelength, the flow of game inevitably suffers which unfortunately translates into negative performances and a poor position in the league table. We are halfway through the season and Chelsea have not been able to sufficiently recover.

The Special One himself, Jose Mourinho

The manager in all this is certainly not blameless and this is where I get to criticizing Jose Mourinho, the most successful manager in the history of Chelsea Football Club and the man I adore to bits.

His first major mistake was his insistence on persisting with the same starting XI, trusting this group of players and not entering into the market for reinforcements, which would have only challenged the current crop and pushed them to be better. Secondly, Mourinho should have not gone about publicly attacking the club doctor as he did in August. There are also personal issues which we should keep separate from the professional responsibility, but ultimately some things are bigger than football and his father undergoing brain surgery twice since last April will not have helped.

The press have not helped either as notably when the Jose/Eva incident occurred, club physio Jon Fearn was also involved but seemed a mere apparition, barely being afforded any coverage. Others were always seen as the victim while Jose has always been seen in the eyes of the press as the villain. Many negative stories have followed suit.

Another issue with Mourinho was his lack of faith in youth. If a certain Belgian on 250k a week is not interested, drop him to reserves and play the youth you had promised to incorporate into the team a while back – the likes of Ruben Loftus Cheek, Charley Musonda, Ola Aina, Dominic Solanke (on loan but would have definitely done a better
job than Falcao). Let them wear the shirt with pride and at least fight for the badge. They would not take their places for granted and might even go on to applaud the fans. It was extremely disappointing that only three players after the Leicester game had the courtesy to clap the fans who made the journey.

Another issue that needs addressing with youth at Chelsea is the pressure to achieve instant success. Under the current regime where stability can never be guaranteed, no manager has  enough time to blend in youth, nor can they risk it. Further, every time a new manager is hired, each youth player has to adapt to a certain style and develop a trust factor which is tougher than it is for an established senior squad member with a hefty price tag. And, once fired, the relationship between the manager and youth players breaks down, and the process must start again.

My worst fears were realised. Do not wish to comment any further. I wish him the best wherever he goes. Jose Mourinho – you are simply the best.