The TV scheduling gods have royally screwed up this weekend. Chelsea against Manchester United is clearly the biggest fixture, but it’s being played at the same time as Arsenal’s FA Cup semi-final against Reading. What kind of nonsense is that? Never mind. There are also a few other interesting Premier League matches as well as some absolute stonkers from across Europe. Before we get to that though, let’s recap last week’s Premiership matches:

Swansea vs Everton: The draw a fair result between these two teams with little more than pride to play for.
Tottenham vs Aston Villa: Benteke’s brilliant run continues as Sherwood gets one over a lackluster Spurs.
Burnley vs Arsenal: The Gunners grind out a fairly easy win against battling Burnley.
QPR vs Chelsea: Chelsea nick this at the death. Rui Faria acts like total knob.
Manchester United vs Manchester City: The Red Devils blow their noisy neighbours away. All too easy.
Liverpool vs Newcastle: Liverpool get back to winning ways against an abject Newcastle team who have given up. 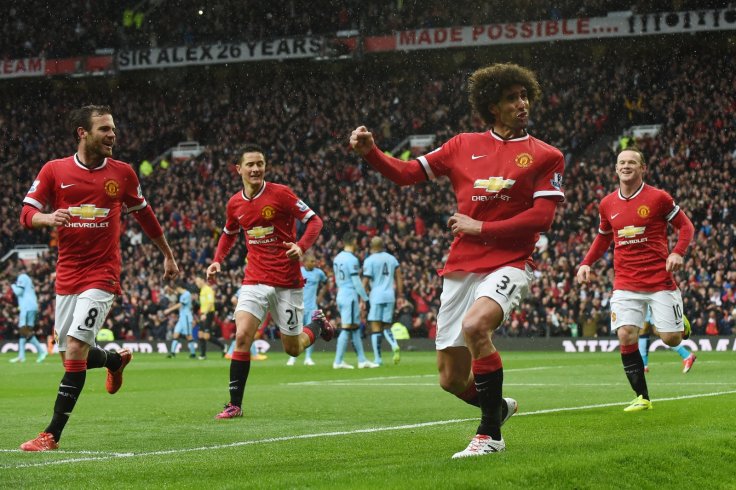 Upcoming Fixtures: For the second week in a row, Manchester United are involved in the biggest game of the round as they go to Stamford Bridge. They’ll attempt to beat Chelsea, but let’s be Lampard, Mourinho is going to play for the draw, here. No? Elsewhere, Burnley take on an in-form Everton. West Ham have sod-all to play for, but they’ll try to resist Manchester City, and Newcastle host Tottenham in a game that is supposed to be being boycotted by Newcastle fans in protest of their absolutely horrendous owner. Also taking place in Her Majesty’s Queendom is Arsenal against Reading in the FA Cup semi-final. But we aren’t predicting that because given the “magic of the cup”, you obviously can’t predict cup games. Anything could happen. Like Arsenal winning.

Things get more exciting when you move over the channel, through France and into Spain and Italy. Barcelona will hope to put their wobble against Sevilla behind them as they face a tougher opponent in Jorge Mendez’s Valencia. In Italy, Juventus host Lazio in what should be an absolute cracker. Lazio are the form team, and the Old Lady looks like she’s somewhat creaking towards another title. There’s also A.C Milan vs Inter Milan. What was once a battle of the giants is now more of a dwarf fight, but it’s still a little bit exciting. At the very least, blue and black against red and black is aesthetically pleasing. Finally, in North ‘Murica, Football Club Dallas take on Toronto Football Club in a game of football. Your guess is definitely as good as ours. TFC are not to be trusted.

Mohaned: Barcelona v Valencia: When we said Barcelona had a tougher run-in than Madrid, we weren’t lying! That’s Sevilla away last week – dropping two crucial points to leave Madrid only a single Barca slip-up away from regaining the La Liga lead – and now Valencia at home. This will not be a walk in the park. Following an impressive 3-1 away CL quarter final win in Paris, the Catalans should be in good spirits. Suarez looks to be proving a point and that would help Barca at just the crucial time. Messi, Neymar, and co should have too much for Valencia to handle. I’m going 3-1 Barcelona.

Alexander: Juventus v Lazio:  Were it not that Juventus are a billion points ahead of everyone else, this would be a massive game. Lazio are Italy’s form team at the moment, having stormed past their city rivals Roma into second place, and all but securing a Champions League spot. Juventus meanwhile are coming into this off the back of a bizarre 1-0 loss to Parma. We speculated on last week’s podcast that the Old Lady might have just thrown Parma a bone here – not unheard of in Italy…allegedly… Anyway, given Juve’s lead at the top of the table, I feel like they will be less up for this than Lazio, who will be absolutely gagging to win. Add to this the fact that Juve have the second leg of their CL quarter-final on Wednesday, and I just see a tentative Juventus being blown apart by a ferocious Lazio. 2-1 for the Biancocelesti

Bernie: Inter Milan vs AC Milan: The derby della Madonnina as it’s so beautifully known, will not be a beautiful match. This is the derby of the two spent forces in Italy. Inter Milan are navigating a transition period and so far this season haven’t shown that they have the fortitude to progress. AC Milan have suffered under what we hope are the last days of the Berlusconi era. 10 years ago this would have been a cracking fixture, one that football aficionados would tune in for. Now it is a match as wretched as the stadium both teams share. A lack of quality players should mean a lack of quality on the pitch. On the other hand, all these two teams have to play for is pride. As we know about Italian football fans, pride is a hell of a lot to contest a football match over. So we hope that this turns into a modern classic but I say that with skepticism in my soul. Neither is good enough to win this match so a draw will have to do. 1-1

Rishay: Chelsea v Manchester United: What a battle we will have at The Bridge this Saturday. Chelsea are in pole position for the title and the chances of it slipping away at this stage are quite slim. Manchester United will probably not be looking to win the title this year, but they will definitely look to close the gap on the league leaders to unsettle them. United have been in red hot form of late, with big wins against Tottenham, Liverpool, and Manchester City, while Chelsea have been scraping by with some late goals. It is likely that a draw will be played out, but I feel that United are the side with more confidence and will probably attack more. How this will play into Mourinho’s hands? I don’t know, but both these old masters, Mourinho and LVG, will have something up their sleeves. I feel that my prediction is biased, but something tells me to go with a United win, however unlikely that may seem to the masses. 2-1 Manchester United