2014 belonged to Real Madrid. They won the Champions League, they beat Barcelona in the final of the Copa Del Rey, they were crowned Club World Cup champions and Cristiano Ronaldo won the Ballon D’or.  For Barcelona, it was a year they’d rather forget. A year that included Lionel Messi’s tax scandal, Neymar’s transfer drama and ended with rumours of a bust up between Lionel Messi and new manager Luis Enrique. 2015 has been a different proposition altogether for the Blaugrana. Big-money signing Luis Suarez has found his feet, they’ve taken the lead in La Liga and Lionel Messi is focused and in-form. It’s almost as if both teams cannot experience joy at the same time.

What intrigues me here is that Madrid go into this match in poor spirits. In-fighting, jealousy and distrust seem to be running rampant through the squad. It might happen at Barcelona from time to time, but they seem to be better at dealing with it than Madrid who seem go through this too regularly for many people’s liking. To put it bluntly, Barcelona seems to be a happier place to play football than Real Madrid, and here’s why. Ever since Florentino Perez came to town with his Galactico concept, he’s tried to throw together too many big egos, expecting them to all fit in with each other seamlessly. Sounds naive if you ask me, but what do I know? I just write about the stuff. When it was rumoured that Claude Makelele would swap teams with Ronaldo (El Fenomeno), Zidane had no qualms giving his opinion, saying: “When I hear or read rumours of Claude Makelele going to Internazionale as part of the Ronaldo deal, I refuse to believe it. In fact I can’t believe it. The team and the club need him as a player.” Though this swap didn’t happen, Makelele was ultimately cast away for David Beckham, prompting another Zidane statement: “Why put another layer of gold paint on the Bentley when you are losing the engine?” Doesn’t sound like the players trust the decisions of management. I wonder what Zidane thought about Beckham during their playing days. The same thing repeated itself when Mesut Ozil was sold to Arsenal and Gareth Bale was brought in. Here’s what Cristiano thought:

“He was the player who best knew my moves in front of goal…I’m angry about Özil leaving.” – Cristiano Ronaldo

Anger; that’s the emotion Cristiano Ronaldo felt at the sale of Mesut Ozil. Now let’s think about this. How would you expect Gareth Bale to be treated after he replaced the commander’s right hand man? For the last season and a half we’ve heard rumours of jealousy and in-fighting, but this season we’ve seen it all. Cristiano has not been happy with Gareth Bale, expecting passes where Bale has shot and displaying frustration at Bale “stealing” his goals. Sure, Cristiano is a little bit selfish (massive understatement), but we all know that Perez perhaps tried to fix something that wasn’t broken. 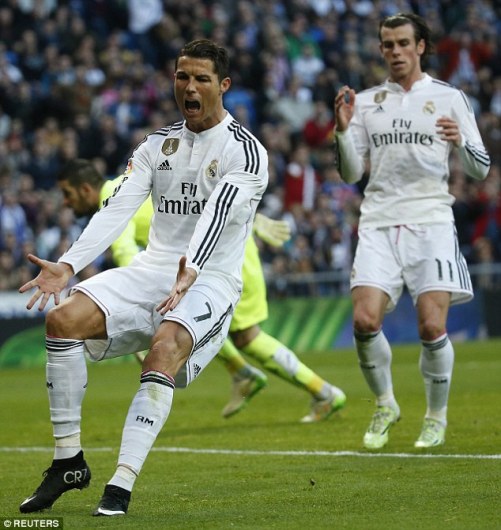 Let’s not forget what happened when Jose Mourinho arrived to manage Real Madrid. Another galactico move by Perez to usurp Barcelona. Everyone knew how Mourinho would make Madrid play. Fabio Capello left for not playing attractive football so Mourinho’s hire was curious to me considering his own conservative style. In his final season at the Bernabeu, he fought with everyone. Director of Football Jorge Valdano had to leave because his ego couldn’t coexist with Mourinho’s bigger one. Mourinho split the Madrid squad into two camps known as the Mourinhistas and the Madridistas. Mourinho benched Iker Casillas, installing Diego Lopez as his number one and it almost broke the team. It definitely broke Saint Iker:

“I cried, suffered, felt bad and had nights where I slept little, if at all.” – Iker Casillas

Blame can’t necessarily be attributed to Mourinho here, as Carlo Ancelotti confirmed the decision in his La Decima – winning season. How Perez expected the numerous superstar player egos to mesh with the biggest ego in management, I just don’t know. In the end, the relationship left many scars, some of which are still healing. I have a few friends who are Real Madrid fans and truth be told they are a demanding bunch. Most believe  that  trophies are their right. They treat players like disposable goods, like toys they can easily replace. How the players handle it all I’m really not sure. I ask myself, why would one want to play in front of those fans? This week Cristiano Ronaldo was accused of swearing at the Madrid fans. They were jeering him, so why wouldn’t he? Cristiano will probably go down as the greatest player they’ve ever had – at least statistically – and they treat him like the total opposite of the giant of the game that he is. Why he keeps saying he wants to retire there, I can’t comprehend.The Manchester United fans (even though it drives me nuts) still sing “Viva Ronaldo!” If returning is a possibility then I’d recommend he go back where he will be adored.

Gareth Bale has also been the victim of unfair treatment from the Madrid fans. Sure his form has been up and down this season, but the constant whistling he’s received recently has been insane.. Luka Modric got it too, by the way. Cristiano and Gareth Bale don’t seem to be the most liked guys in the world, unlike their Barcelona counterparts Lionel Messi and Neymar. However, the Real Madrid fans don’t even care if you’re nice. These are the same people who booed Zinedine Zidane in his first season when he was adapting to a new life. Zidane confided in his teammates during his first season that he was considering leaving Madrid, but he stuck with it and became a legend. 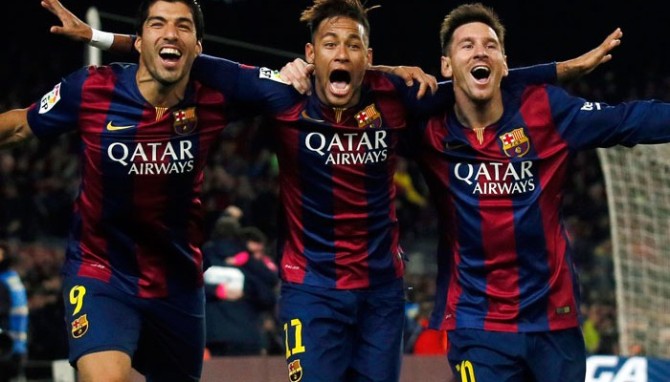 I’ve never heard of such things at Barcelona. The issues that team has always seem to pertain to management bickering, fraudulent behaviour from executives and except for the odd Lionel Messi drama, no player turmoil. This is a club that is based on La Masia system. A system that embraces brotherhood. Boys who grow up together and become men together. Men who dominate the football pitch. Their fans appreciate this patient approach and show more patience towards their team in return. There seems to be a mutual trust and understanding between each segment of the football club. No wonder Suarez, Neymar and Messi are clicking so well right now after what was perceived to be a slow start.  They must really like each other. Ronaldo Koeman told a story that emphasizes the sense of mutual respect and equality (below Messi that is) that the players strive for. When asked to pick his vehicle of choice from automotive sponsor Audi, Alexander Hleb received a reprieve from elder statesman Xavi for picking the most powerful car.

The need to put the club over oneself is a beautiful principle to abide by. No man is bigger than the club as Sir Alex used to say. Here’s what Zlatan thought of the self-imposed car rule. “I thought this was ridiculous – it was no-one’s business what car I drive – so in April, before a match with Almeria, I drove my Ferrari Enzo to work. It caused a scene.” This is one of the reasons that Zlatan Ibrahimovic failed at Barcelona. I’m a big fan of the talismanic Swede, but Ibra simply did not fit into the selfless team ethic those at the Camp Nou live and breathe. This is not a bad thing, inherently. I’ve been a big fan of talismanic figures across Europe. However, Barcelona already have theirs, in Lionel Messi. Everybody else is the Robin to his Batman and everybody else is happy with that. They are a family and Ibra was the adopted child with a mean streak who disrupted everything and ultimately had to be sent away.

If Real Madrid are to win this weekend’s Clasico, they need to find the unity that Carlo Ancelotti brought them in 2014. If Real Madrid are to reassert themselves as the dominant team in Spain, they need to do away with this culture of in-fighting. If Ancelotti can’t work wonders and bring his squad together in time, Barcelona will embarrass them the same way they did Manchester City. Under current circumstances, I can’t see anything but a Barcelona victory, and it may just be the defining moment in the season that leads Messi and co. to take back La Liga.