Here comes Matchday 17! We are almost at the halfway mark of the season already…can you believe it? The predictions race standings are close and the actual Premier League table has finally taken a bit of shape. However, these things are still subject to change as always and we could see plenty of that by the time Christmas Day comes around. Let’s quickly review the scores from lastweek.

Recap of scores from Matchday 16:

Chelsea 2-0 Hull City: Everybody predicted this scoreline.
Leicester City 0-1 Manchester City: The battle of the “Cities” ends in the favour of the Mancunians.
Arsenal 4-1 Newcastle: Arsenal continue their recent form by hammering Newcastle with some good goals.
Manchester United 3-0 Liverpool: Poor game, ordinary finishing from both sides but the difference was De Gea.
Swansea 1-2 Tottenham: Another last gasp win for Tottenham, although Swansea were the better team.
Everton 3-1 QPR: Everton convincing and QPR very much not.
AS Monaco 1-0 Marseille: Ligue 1 title race is really hot!
Juventus 1-1 Sampdoria: Advantage Roma? Or more likely just a temporary blip for Juve.
AC Milan 2-0 Napoli: Battle of the inconsistent teams ends with a positive result for Milan. 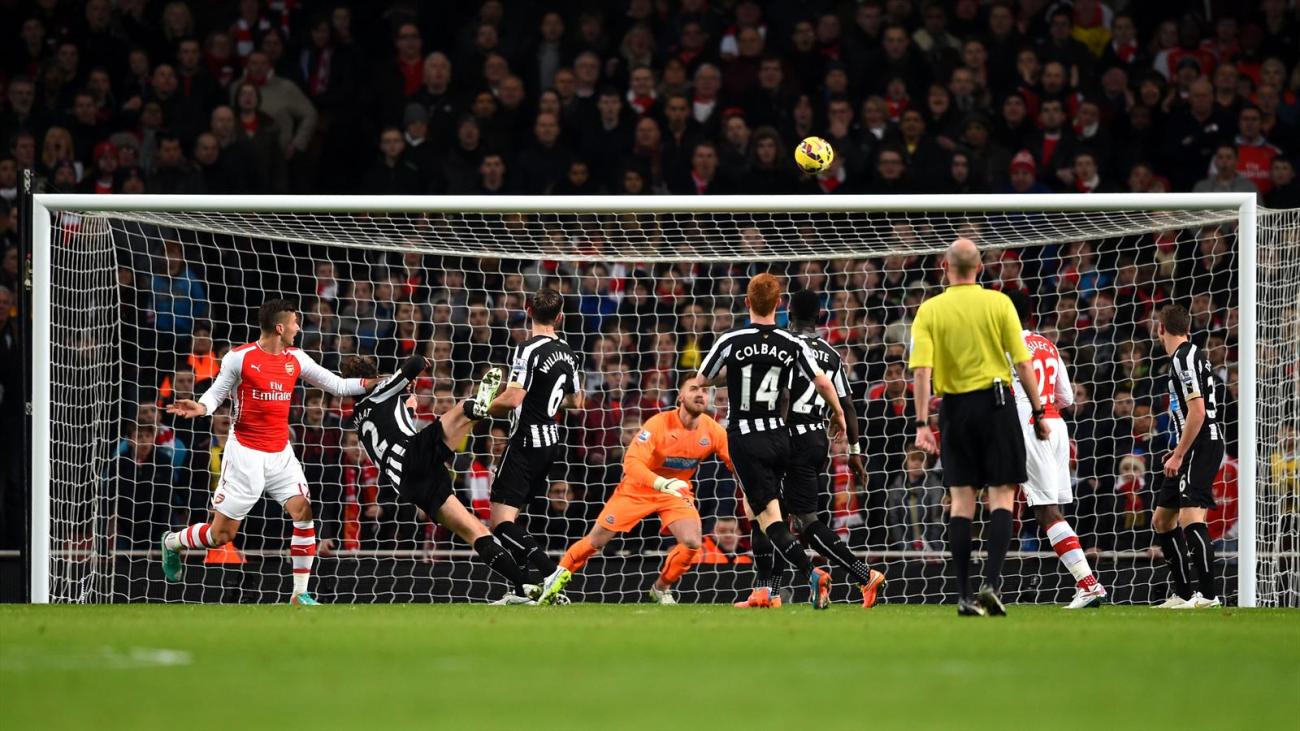 Matchday 17. Manchester City v Crystal Palace is the early kickoff on Saturday, and with five wins in a row, you wonder how many goals will be scored, rather than who is going to win. Aston Villa v Manchester United is the next kickoff, and the Villains have a terrible record against United. With six wins in a row, United are favourites. Southampton v Everton gives one of the teams a chance to use the other as a platform to build confidence, as Southampton have run into a patch of bad form and Everton are incredibly inconsistent. Tottenham v Burnley seems like a no-brainer on paper, but you never know with this Spurs team as they might leave it to the last minute again. Liverpool v Arsenal is this weekend’s pick of the lot, with Arsenal in form. However, Liverpool can only get better after their recent performances so this might be a close game. Stoke City v Chelsea could be a potential match in which the Blues drop points, but if they score early, the sting will be removed from the game. Stoke have nothing to lose. Newcastle v Sunderland is a potentially exceptional match and these two absolutely hate each other. This rivalry has a lot of history. Elsewhere in Europe, AS Roma v AC Milan is the big game in Italy, and Inter Milan v Lazio another source of goals. How will these fixtures play out this weekend? Let’s get on with our predictions!

Bernie: Newcastle vs Sunderland: These teams aren’t part of regular teams to predict but can we really ignore this match? It’s a huge day in the EPL calendar and Alex has dubbed it the ‘Jack Colback derby’. It’s such an exciting game where guts triumph over fear (Hi Eminem). Both teams enjoyed good results against league leaders Chelsea so they should be riding a wave of confidence. Sunderland don’t score many and Newcastle’s strikers are starting to find some form so I have to go with the Magpies here. 2-1 Newcastle win.

Alexander: Southampton v Everton: Everton were supposed to do well this season. Southampton were supposed to struggle. Until a few weeks ago, the story had been the opposite, with Southampton flying and Everton struggling for consistency. Everton are still struggling, performing better in the Europa League than they are in the Premiership, but of course recent games have seen Southampton’s form plummet. They haven’t won since early November, can’t seem to buy a win and I don’t see them beating Everton this weekend. In what should be an intriguing game between two evenly matched sides, I think the spoils will be shared, 1-1 draw.

Mohaned: AS Roma vs AC Milan: Roma have closed the gap on league leaders Juventus to one single point. They are in good form and play attractive football. Their Champions League exit will no doubt have affected them but they can get back on track and focus on the league now. AC Milan have nearly found a patch of form, mainy due to the blistering Menez really starting to live up to his potential. Milan are, surprisingly, one of three teams standing only two points away from a CL spot. This will be a very exciting game to follow. I’m going with a 2-1 AS Roma win.

Rishay: Liverpool v Arsenal: Last season Liverpool managed a famous 5-1 victory against the Gunners in which they were 4-0 up after 20 minutes. This season, it is hard to fathom something similar happening. Arsenal are the ones in form going into this match and Liverpool are in a bit of a crisis. The Reds will need to find a leader on the pitch if they are to register a result. A mid-week League Cup win should give them some confidence going into this one. Arsenal are coming off back to back 4-1 wins and look like a good team again, but that shouldn’t mask their preceding problems, which could be exposed by the Anfield outfit should everything come together. 1-1 draw.