Nothing gives our predictors more joy than to get a perfect score, which is what happened for three fixtures this past weekend. Just to recap, Everton 3-0 Aston Villa, Toronto FC 1-1 Montreal Impact, and Inter Milan 2-2 Napoli were correctly predicted by a variety of participants. The toughest of all fixtures was the Manchester City 4-1 Tottenham, in which both sides missed a penalty apiece. Nobody expected to see Arsenal 2-2 Hull City, and although most were predicting a Chelsea win, none were so lucky as to get the correct scoreline of Crystal Palace 1-2 Chelsea. Arguably the most entertaining of them all, QPR 2-3 Liverpool will go down as a classic, however none were lucky enough to call the right score. In the Monday fixture, West Bromwich 2-2 Manchester United was also quite unexpected, although it turned out to be quite a thrilling match overall. LA Galaxy 2-2 Seattle Sounders was the battle of the MLS giants, and there is a rematch this weekend with Seattle the home side this time around. 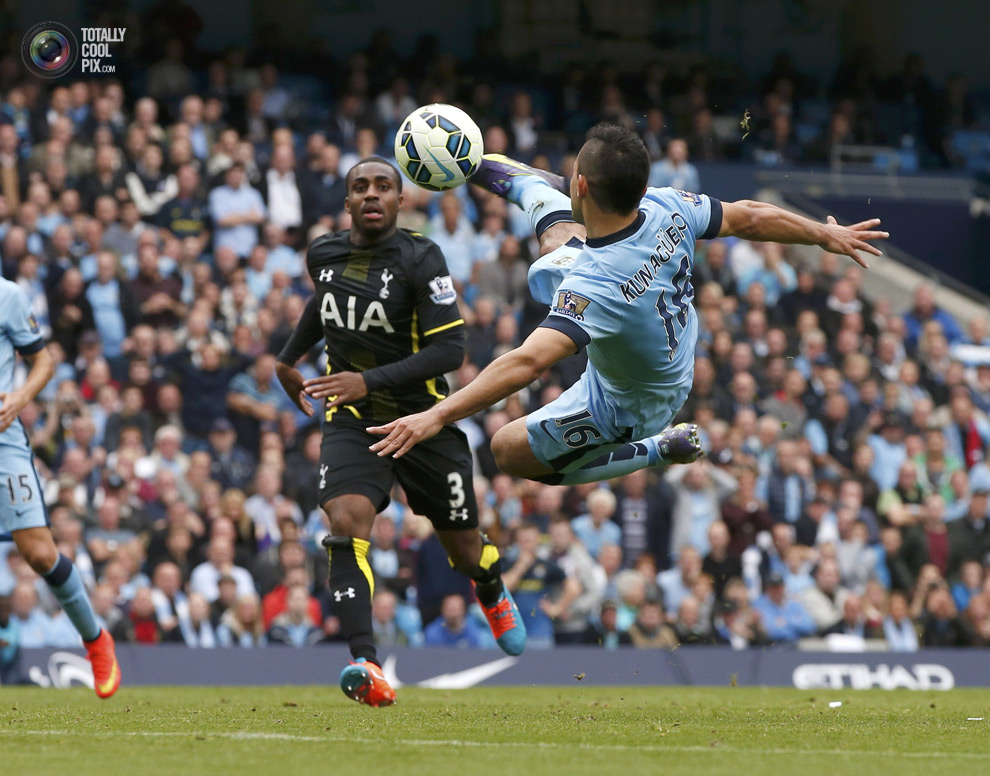 Sergio Aguero was the standout striker of the weekend, bagging four goals and taking home the match ball despite missing a penalty. Manchester City look to have slowly picked up their form in the league and will be confident of their chances moving into the next weekend. Tottenham on the other hand will be back to the drawing board after being dismantled by the Sky Blues once again, despite putting in a much better performance. Everton have finally managed to register a comprehensive victory, and once again showed why they have arguably the best attacking defence in the league with Baines registering 2 assists, with Coleman and Jagielka also on target. Lukaku also found himself on the scoresheet and the Toffees will be hoping for more if they are to retain any hope of finishing as high as they did last year. Arsenal will be disappointed with their performance against Hull City, and most will expect them to bounce back this weekend after a great comeback in their midweek Champions League fixture away in Belgium. Chelsea managed to register a victory without Diego Costa in the lineup, with Oscar curling home a sensational freekick before Fabregas gave the league leaders some breathing room with a neat finish for his side’s second. 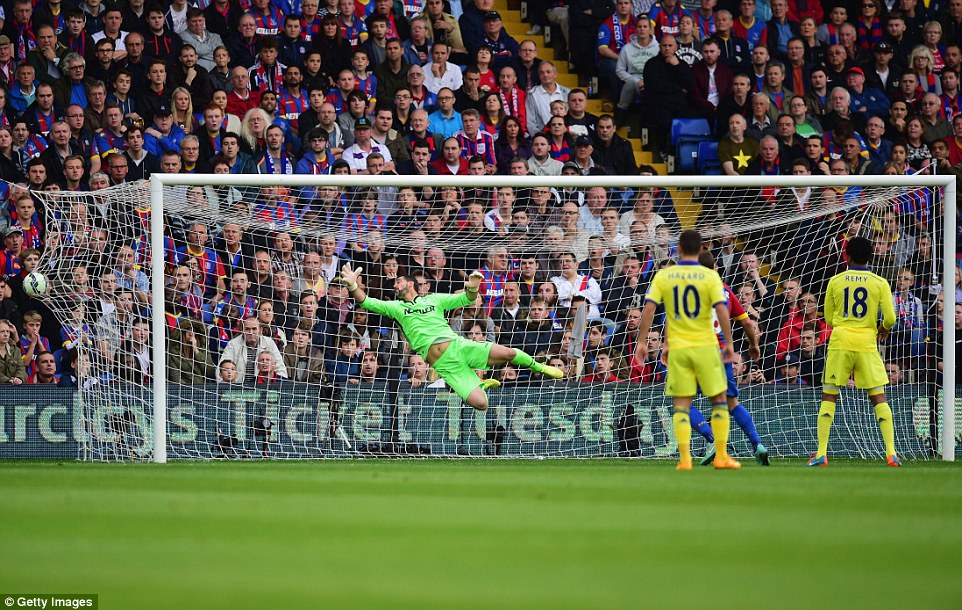 Harry Redknapp’s Queens Park Rangers will undoubtedly be kicking themselves after repeatedly throwing away their hard work at home against Liverpool. Where they go from this result will be a stern test of their character and set the tone for them for the rest of the season. Liverpool were lucky to register the win, and will be looking to improve after a spirited performance in midweek was no match for European Cup holders Real Madrid. The Reds will try to take the positives out of that game into the next and you should expect them to do better. Manchester United will hope for a better defensive performance in the coming weeks after twice giving away goals that would normally be called “sucker punches” from West Bromwich Albion. The silver lining is that they managed to equalize twice, and can even consider themselves unlucky after wasting several glorious chances. Inter Milan and Napoli played out an exciting finish to their game, while Toronto FC were officially eliminated from playoff contention by Canadian rivals Montreal Impact. Table topping LA Galaxy and Seattle Sounders played out a fantastic 2-2 draw and will be facing each other once again this weekend. 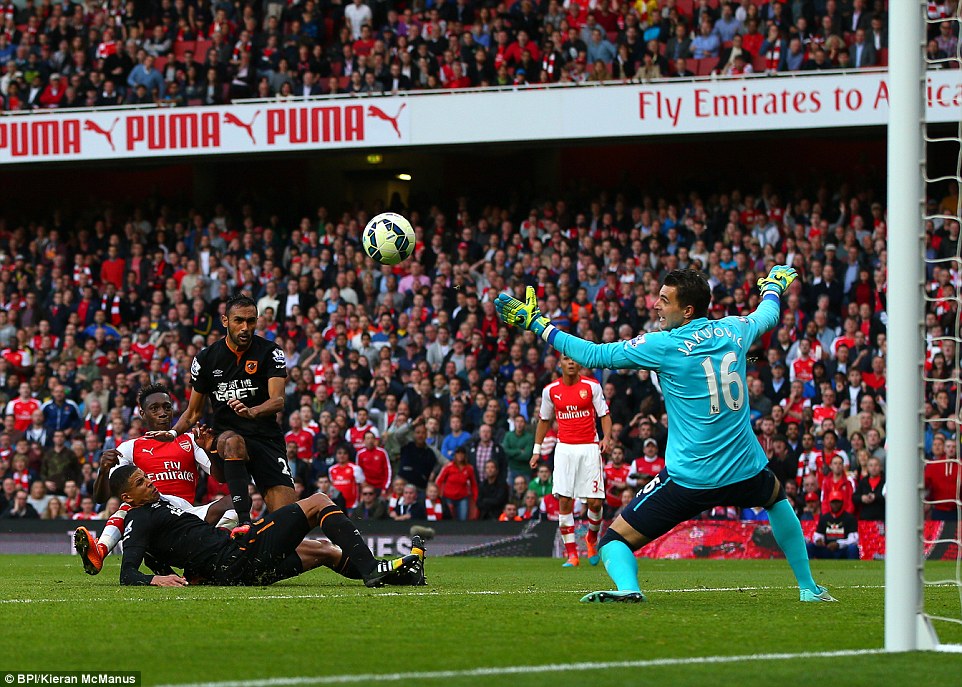 The questions for this coming weekend will be whether changes are made. Arsenal will be looking to pick up three points against Sunderland, who are coming off a shocking 8-0 loss to an inspired Southampton outfit that has justified their third place position in the league table. Chelsea travel to  Manchester United‘s Theatre of Dreams as favourites, and you expect goals to be flying in at either end. This could possibly be considered the English version of the Clasico. Liverpool will be looking to pick up another league win against Hull City, and Everton will look to build on some form when they travel to Burnley. Manchester City have a chance to close the gap on Chelsea depending on the result at Old Trafford when they travel to West Ham, who are in fourth place themselves. Tottenham host Newcastle, who picked up a shaky 1-0 victory against Leicester City. You can be sure that Spurs are the favourites for this one. Elsewhere, Real Madrid will be hosting Barcelona at the Santiago Bernabeu, for this season’s first edition of El Clasico. What a game this will be, and who could possibly predict what will happen? LA Galaxy travel up to Seattle for a rematch of the previous weekend, while PSG host Bordeaux. Undoubtedly, the two biggest fixtures are Manchester United v Chelsea, and Real Madrid v Barcelona this weekend.

Predictions from our Pundits:

Predictions from our Contributors:

Of the nine fixtures in the previous matchday, three games were predicted perfectly by various participants. A quiet weekend at the top for Bernie, who has a 7 point gap between himself and Daniyal in second place. Nahel climbs to third after scoring the highest last weekend, including a perfect 3-0 prediction for Everton v Aston Villa. Zee is in fourth, followed closely by Mohaned and Rishay. Rahim continues to gain points and now has a four point gap over Osman, who has slipped tremendously and is now tied with Alexander.

Bernie: Sunderland v Arsenal: This is the game I really wanted to review because Sunderland are a wounded animal. Forget wounded, this is an animal that is on life support. Thank God for the NHS right? Arsenal are coming in to this game on the back of a late miracle in Belgium on Arsene Wenger’s birthday. This game has goals in it and I think a lot of them will go past Vito Mannone. Arsenal will know that they need to win this game to maintain their “title push”. I put that in quotes because I don’t really believe there is a title push but Arsene Wenger seems to. Sunderland will come out ready for a fight but Sanchez and Welbeck will rip them apart. At least Alex and Mohaned will hope so. 3-1 Arsenal.

Alexander: Manchester Utd vs. Chelsea: The others think I’m bonkers for this, but I suspect this might be a 0-0. Likely without Diego Costa, and possibly without Remy, I feel as though Mourinho – given the lead his side have built up – might come for the point here, and shut this game down. He’ll know that United are vulnerable at the back, but he’ll also know all too well the danger that Di Maria poses on the break. I’m envisaging very much a 300-style scenario, whereby Chelsea – the Spartans – lead United – the Ottomans – into a narrow valley before Matic picks them off with a metaphorical long-sword. I’m rambling. Point being, I think Mourinho is shutting this down like I’m about to do my computer. Let’s see how it unfolds. 0-0 Draw.

Mohaned: El Clasico – Real Madrid vs. Barcelona: For me, the number one game on the football calendar. I’m a staunch supporter of the Premier League, but no game comes close to El Clasico. We have a side in Madrid, who arguably are the richest and most historical team in Europe, and a side in Barcelona who have had the most incredible of recent successes, touted as probably having the best team of all time during that period. Both teams adding to their ranks recently in the forms of Neymar and Suarez, and, Bale and James. Lets not kid ourselves though. In Cristiano, Messi finally has met his match, and that’s what this is all about. It’s a fierce battle between the clubs’ hierarchies, the fans, and the two best players in the world. Its going to be a cracker! I think Barca’s defence will finally be found out on the counter and Madrid will score three. Barca will bag a couple themselves with Neymar on the score sheet. 3-2 Real Madrid.

Rishay: Tottenham vs. Newcastle: To be quite honest, this fixture has declined in appeal over the past few seasons. Newcastle have started their season poorly and are currently in 18th place. Sunderland are one point and one place above them and perhaps this will give them some motivation to climb out of the relegation zone. After a tense 1-0 victory over Leicester City, the Magpies have something to hold on to. Tottenham have started the season indifferently, and are coming off a big loss to Manchester City, where they played well but found themselves on the receiving end of a big scoreline. You can expect them to bounce back in this one as there will be no Sergio Aguero on the pitch, which will be a big relief. Tottenham are the favourites and should take the points. 2-1 Tottenham.