Match Review: Sharp Shooters vs Under The Cosh FC

Last Sunday, Under The Cosh FC began it’s season in the Toronto Downsview Park Division 2 league. The team is an assortment of talented players from the city, many of whom have been friends for some time. Before forming this team, most of the players played at a location dubbed Area 51. I cannot reveal the exact location, after all, we don’t want too many people coming to rub shoulders with our star signings. 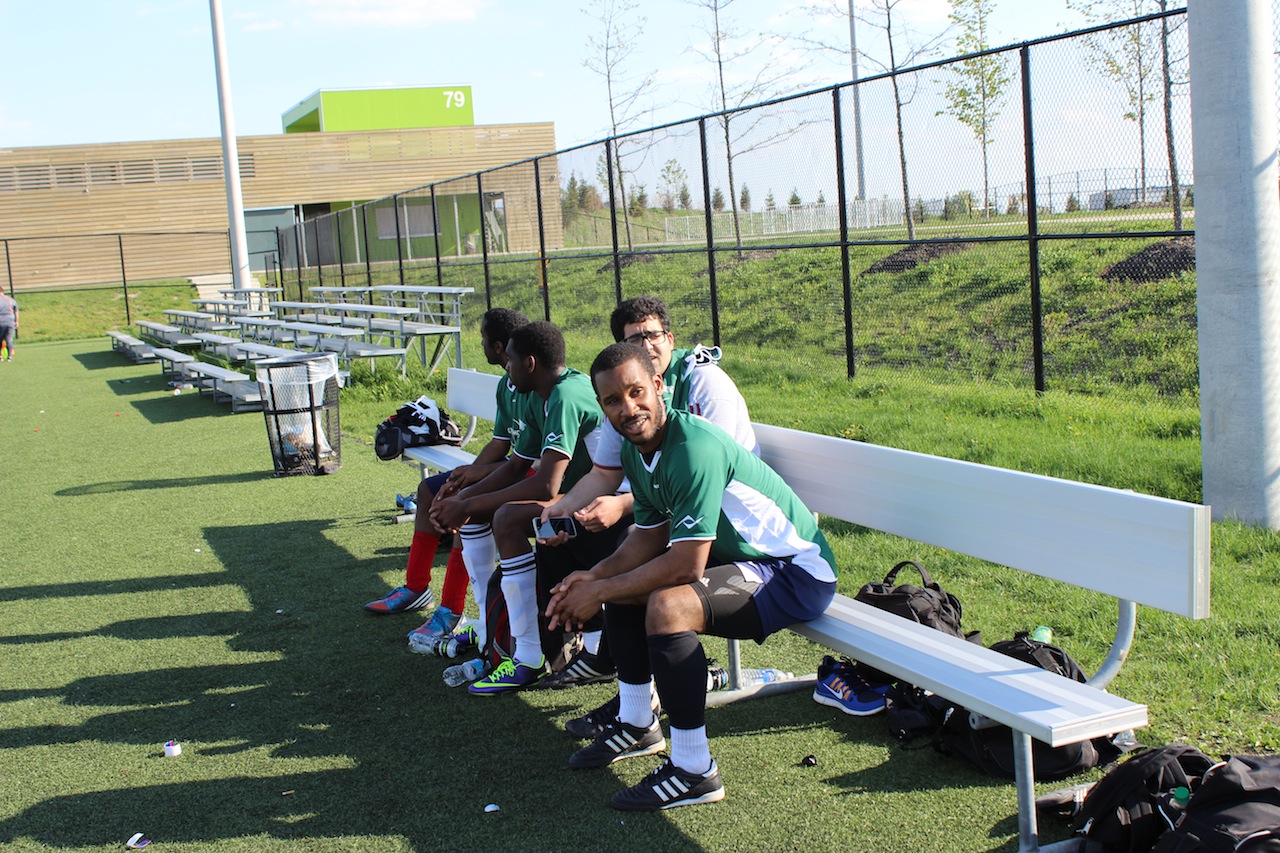 On to the match. It was a warm sunny day at Downsview Park and UTC FC were ready and raring to go. Their opponents would be the Sharp Shooters, who have been regulars in this league. UTC FC began rather sluggishly, unable to get a foothold in the game. The opening exchanges were won by Sharp Shooters. As a result it came as no surprise that the opposition took the lead, a smart through ball took their striker on goal and a good shot couldn’t be stopped by UTC keeper, Zaid. The Cosh boys were spurred into action as a result, and from then on they took the game to the Sharp Shooters. Wave after wave of attacks were repelled but the break through did eventually come. UTC striker Gersi took on two defenders, leaving them for dead before unleashing an unstoppable shot which took a slight deflection on it’s way past the goalkeeper.

Going into halftime with the game tied at 1-1 was just what The Cosh needed. However, the second half started just like the first. The Sharp Shooters seemed more assured of themselves and promptly took the lead again. They took advantage of indecision in the UTC defense and striker Joe Liuzza found himself one-on-one with Zaid before applying the finish to make the score 2-1. Just as the first goal spurred on The Cosh, the second goal had the same effect.

Chance after chance was created and all were spurned. On chances created alone the boys could have won the game 5 or 6-2. Unfortunately, they couldn’t convert any, and the day belonged to the Sharp Shooters. Aside from one flashpoint where yellow cards were brandished to individuals from both teams, the game was played in a sportsman-like way. Spirits were low after the game, but it’s only the first of 13 matches and Under The Cosh FC are already looking forward to the next game on Sunday at 8:45pm versus Dreadnoughts FC.

Come out and support the boys at Downsview Park every Sunday. Follow us on Twitter @under_thecosh for game details. For more pictures from Game 1 click here.