Real Madrid vs Bayern Munich: The Quest for La Decima

12 years ago, the Euro became the official currency of the European Union, United Airlines filed for bankruptcy, Denzel Washington and Halle Berry won Oscars, 8 Mile was released, and the “War on Terror” was in full swing. What a year 2002 turned out to be!

In the world of football, the Korea/Japan World Cup ended with a Brazil victory. Ronaldo Fenomeno may have won the international plaudits that year, but at club level there’s only one moment I really remember.

This was the best goal scored in the final of any club or international football tournament in football history. If you don’t agree with that statement, hit up the comments section. As it turns out, this was the last Champions League winning goal scored by a Real Madrid player.

Vicente Del Bosque navigated Real Madrid through some tricky group games, then took out Bayern Munich and arch rivals Barcelona, before going toe-to-toe with Bayer Leverkusen. Leverkusen had to go through the English giants of Liverpool and Manchester United en route to the final in Glasgow. The game was tied 1-1 until that magical swing of Zidane’s left boot sealed the ninth Champions League victory for Del Bosque’s Los Galacticos.

A year later, Del Bosque was fired for not winning the Champions League again, despite winning La Liga. Real Madrid have never recovered in European competition since the Madrid hierarchy made that blunder. Ten managers including Carlos Queiroz, Fabio Capello, Bernd Schuster, Manuel Pellegrini and Jose Mourinho have failed to claim the tenth Champions League crown a.k.a La Decima. Of the ten managers since Del Bosque, only Jose Mourinho has advanced Real past the second round. Mourinho’s feat has now been achieved by Carlo Ancelotti at the first time of asking. In the 12 years since their last victory, the closest Madrid have come to lifting the trophy was in 2012. On that occasion, they were beaten by Bayern Munich in the semi-finals on penalties at the Bernabeu. In 2014, we get the rematch, and we can’t wait for it.

Two years ago, Manuel Neuer saved a Cristiano Ronaldo penalty in the shootout. It was a moment that would haunt the £80 million man . When his club needed him the most, he failed them. To be fair, Kaka and Sergio Ramos also missed penalties, but no one would have felt the responsibility more than CR7. 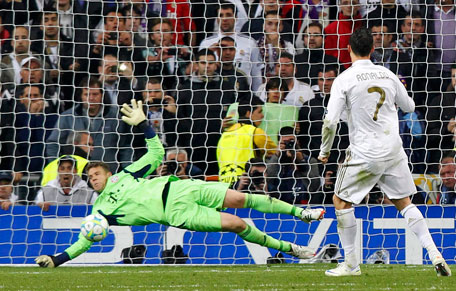 Bayern Munich would go on to lose the resulting final to Chelsea on penalties at their home ground in Munich – The Allianz Arena. Considering how dominant Bayern were in the match, their loss was even harder to swallow. Manager Juup Heynckes knew that picking up his team for the next campaign would be a tough ask. Impressively he rallied the troops who decimated Barcelona 7-1 on aggregate en route to the final, where they would beat their German rivals Borussia Dortmund. Their achievement is even more interesting when you remember that Dortmund, inspired by 4 goal hero Robert Lewandowski, gunned down Real Madrid in the semi-finals. Again Cristiano Ronaldo would leave the Champions League semi-final thinking of what might have been.

Carlo Ancelotti knows that his name will be etched in the history books forever if he can bring La Decima to Madrid. Standing in Ancelotti’s way is Pep Guardiola; so often the Catalan scourge of General Franco’s Army. Guardiola brings Bayern – the best in the world – to the Bernabeu and will hope to break the Madridista hearts as he did time and time again with Barcelona. It wouldn’t be right for Real Madrid to walk over some underdog team and win the tournament without breaking a sweat. La Decima, if it is to be done, needs to be the result of blood, sweat, tears, and possibly an inhuman performance. Gareth Bale brought the house down in the Copa Del Rey with his best super hero impression in the absence of Cristiano Ronaldo. If Ronaldo isn’t passed fit for the first leg in Madrid then all eyes will be on the “Welsh Wizard” once again. However, the signs are that Ronaldo will play. How poetic would it be for the current Ballon D’or winner to come back from injury and completely run the show, dragging his team to the final in his native Portugal? As headline grabbing as that sounds, Real Madrid fans will not care how they get past Bayern Munich. They know that Bayern Munich are the favourites to go through, so they’ll take an advancement any way they can get it.

A man who will do his utmost to make sure the Ronaldo dream never materializes is Franck Ribery. What better way to prove to the world that the Ballon D’or went to the wrong man than completely upstage him in front of his own fans? If Real Madrid do reach the final, they will have to scrap and fight for the title versus Chelsea or Atletico Madrid. 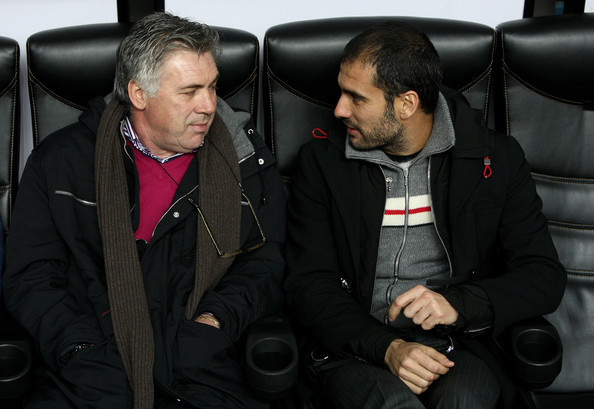 Many neutrals will want Atletico Madrid to win the Champions League, as it would represent the “right way” to achieve success in European football. However, there is an allure that comes with Real Madrid and their Los Galacticos movement. Would any one begrudge them a trophy won on the back of a moment of magic a la Zinedine Zidane? I think not. No team has ever retained this famous trophy and Bayern Munich will look to cement their place in history at Madrid’s expense. Somehow I feel that in 2014, the force of La Decima may be too much for the Bavarians. History might be made and I feel the Italian in Spain will upstage the Spaniard in Germany. Meanwhile in Lisbon, the star of the show may just be Portuguese.