The Champions League midweek games were nail biting affairs; all of them! Manchester United lost to Bayern 3-1 and their hope of an upset was short lived, while Chelsea kept the EPL’s hopes of the CL title alive with a last minute Demba Ba flick against PSG. Manchester United get a break from playing this weekend while Chelsea play Swansea. Here is what we thought of last weeks games:

Now for this weeks predictions! Here’s a reminder of last week’s scores and a recap of how we stand. As usual, a correct outcome warrants a point, while a perfect score gets three points:

Bernie: After beating relegation battlers Sunderland 5-1 you’d expect Tottenham to roll over West Brom, right? WRONG! Well at least I think it’s wrong. West Brom finally got a good result, one they’ve waited an eternity for. As a result Chris Hughton lost his job as Norwich manager. Tim Sherwood has also lost his job but his sacking won’t be immediate. I expect West Brom to come all guns blazing in this match. They really need another good result to ensure their survival and away from home I believe Spurs won’t have the level of intensity required, so this game is my upset special. 1-0 West Brom

Mohaned: Tottenham are still within reach of the well-coveted fourth Champions League spot, but their chances are slim. Tim Sherwood will want to leave Spurs with a bang (and new job offers) so he will be aiming for the win! I think he just wants to do the Adebayor salute again. Will you miss Sherwood when hes gone? West Brom haven’t been in the best of form but they will need the three points here to secure their place in the Premiership next season. I think Spurs will edge this one, though. 2-0 Spurs.

Rishay: Sherwood’s team have sprung into life with a 5-1 thrashing of Sunderland! Will they solidify their 6th place finish and make the Europa League or will United pip them to the poor man’s consolation trophy? I see a close fought affair in this one with Spurs making it hard on themselves once again. 2-1 Tottenham.

*Game of the week: Winner takes all* 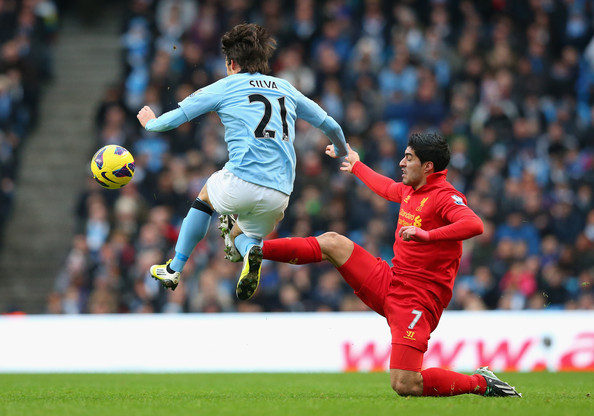 Bernie: This is the big one isn’t it? Honestly I feel like I’m swimming against the tide but I don’t think Liverpool will win this game. Their title charge is gathering speed and for me they need to beat both Chelsea and City to hoist the trophy. I just can’t see them beating both and definitely not City. There’s a good chance I will be proven wrong but I have to go with my gut feeling on this one. Yaya Toure is an unstoppable force and unless Steven Gerrard turns into Superman he’ll dominate this match. That being said, Luis Suarez cannot be contained by mere men such as Martin Demichelis and Vincent Kompany. There will be goals but I don’t think there will be a winner. 2-2 draw.

Mohaned: Title decider? Perhaps. Liverpool and City will both be gunning for the wins while Chelsea fans will be watching hoping for a draw. How Brendan Rodgers has made this Liverpool side title contending I will never know. Manager of the season for me. Both these teams are built and set up to attack so I’m expecting an exciting game just like the reverse fixture, which Liverpool lost under harsh circumstances. I really don’t know what I think for this game, but my gut feeling says a Liverpool win. 3-2.

Rishay: You could use up your life savings to attend this game! The clash of the titans and the winner of this game could win the title. Liverpool with home advantage on their side along with their unlucky defeat at the Etihad to City earlier this season. City will need to show what they are made off or Liverpool could run away with this game early. SAS v Demichelis? This could be the turning point already! 2-1 Liverpool.

Bernie: Garry Monk vs Jose Mourinho, who would have thought? Chelsea will be riding an incredible wave of confidence after beating PSG and going through to the Champions League semi-finals. I don’t see them coming down any time soon and Swansea are in for a beating. Michu and Bony could usually cause damage but not on this day. Nothing else to say but 2-0 Chelsea.

Mohaned: Chelsea just came off an incredible comeback in the Champions League against PSG. Que the Mourinho love-in! To be fair, he probably deserves some of it. Will fatigue be an issue here? It might well be in an away fixture basically in another country with long travelling again. Mourinho should rotate and have his squad focused. Swansea have been all ball but no goals this season. Chelsea to win 3-1.

Rishay: Mourinho’s shit-talking gamble seems to have worked for yet another day, after his 2-0 victory against PSG in midweek. Will the Blues suffer a CL hangover or will they use their momentum to overrun Swansea? Something tells me it will be business as usual. 2-0 Chelsea.

Bernie: The Gooners have suffered their spring capitulation. This one seems worse than the previous ones we have observed. Winless in four games, Arsenal have gone from title challengers to fighting tooth and nail for 4th place. If they don’t win this game then I will say that Everton will claim 4th and Wenger should go to Old Trafford and share a tearful embrace with David Moyes. I do think the battle will go all the way to the final day and Arsenal will show resilence in this match. 2-1 Arsenal

Mohaned: LONDON DERBY! Arsenal have got to stop the rot here! They just have to. Writing this prediction before they have played their FA Cup semi-final is tough. It really all hinges on the confidence or deflation that they get from that game. As professionals, you could argue that shouldn’t matter. Andy Caroll might just fancy himself some Allardyce-controlled bullying at the Emirates. I’ll go with heart over mind and say 2-0 Arsenal.

Rishay: A stupid, low on confidence, and lackluster Arsenal team travel to West Ham, where they will play their usual Plan A game regardless of what the circumstances are. Will they allow Everton to take their 4th place mantle? After all the hype of their early season travails, it is a sad sight to see Arsenal languishing come the business end of the season. At least they seem to be diverting attention away from the failures of Manchester United. 2-0 Arsenal.