For the Love of the FA Cup

Over the last 10 years or so, English football fans have been asking themselves the same question season in and season out; Would you rather win the FA Cup or be in the UEFA Champions League?

If I’m being to totally honest, I feel it’s an unfair question. To a team like Manchester United under Sir Alex or Chelsea who have won multiple trophies then maybe it’s not that big of a deal. Or at least it shouldn’t be. However, both teams have tried their utmost to claim this prize. United haven’t won it in 10 years but have been to multiple semi-finals and finals in that time. Chelsea have dominated the competition in that 10 year stretch. Both teams respect the history of the world’s oldest football tournament. Overall, these two teams are fiercely competitive, they even take the Capital One cup seriously. This season aside Man united wouldn’t be the team that this question would be asked of.

The team that gets this question the most is Arsenal. Reason being, they have the potential to win the league and the cup but never live up to that potential. Instead their hierarchy seek to favor the consistent income stream that participation in the champions league brings with it. There is nothing “wrong” with this way of thinking, in fact it’s quite logical. A team makes minimum £10m by just making it to the group stages of the Champions league. Meanwhile, the prize money of the FA Cup is a paltry £1.8m if you win the whole thing. Last years’ Champions League winners Bayern Munich took home almost £50m. The difference is startling. As far as I’m concerned this is where the argument ends. Yes, it is true that players want to play for teams in the champions league. However, we’ve also seen that players want to be at a project that a). Pays them well and b). Gives them the opportunity to win trophies. Winning the FA Cup definitely would have satisfied some of the players who left Arsenal because “they wanted to win things”. 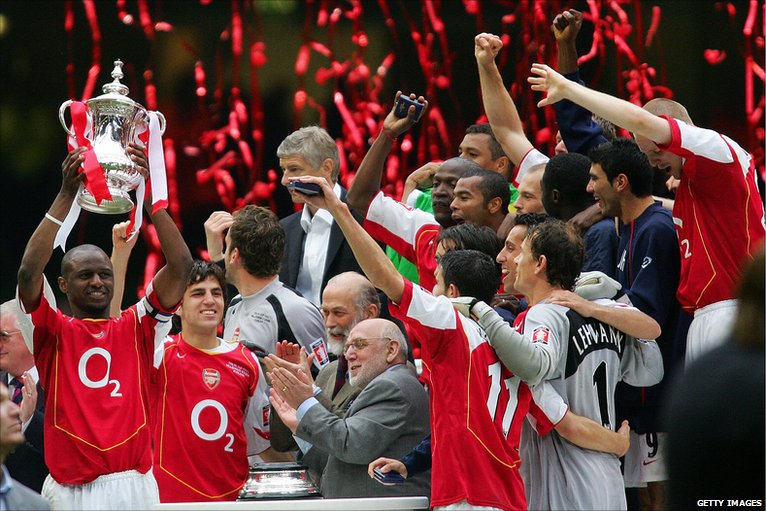 It is sad to admit this but the tournament has lost some of it’s luster. That being said, there is no doubt that winning the FA Cup gives one a special feeling. The Champions league may be the pinnacle of European football but the FA Cup is the most romantic of tournaments and I’d argue the most difficult one to win. The FA Cup is the only tournament I know of where teams win but then still get relegated. Take Wigan for example who now play in the Championship. We can also look at Portsmouth who won in 2008 but were relegated soon after. Even Millwall made it to the final in 2004 only to be thumped by a Cristiano Ronaldo inspired Man United. This is where the FA Cup shines over every other competition out there. Champions League games, due to the group stages and knock out ties, can often be cagey affairs. Tactical supremacy is God. This is all well and good and it’s where the best teams win out. The FA Cup is sudden death, it’s do or die. One game! That’s it (Unless it’s a draw and you have to go to a replay). Even then, away goals mean nothing so you have to go all out. Games are never cagey, they are always explosive, a feast for the eyes and warms the heart. This is why there are so many under dog stories to behold because, as we say in football, anything can happen over 90 minutes. The Champions League may be a competition for the brain but the FA Cup is a game for the heart and the soul. In no other competition will you see a team in the second division of a league actually believe they can beat a premier league team. Because of this, the crowd atmosphere is electric. A 10,000 seater stadium in an English mining town will sound louder than a 60,000 stadium in London for the visit of a team from Turkey or Greece.

Last year brought us an all-German Champions League final. Both teams acted in the first half as if they were playing a group stage game. No one wanted to give anything away. Even though Arjen Robben scored a late winner we all left feeling unsatisfied. The FA Cup final however pitted Wigan Athletic against Manchester City. City just couldn’t score and Wigan refused to park the bus, they played their passing game and were rewarded with a late winner. Wigan were relegated but it was the ultimate under dog story that cost Roberto Mancini his job. You could make a movie about that FA Cup campaign and it would sell out. No one would pay to watch a film about that German final.

The problem with the FA Cup now is money. We live in a time where asking people to play football for the sheer joy of winning is no longer a realistic expectation. It is a sad state and even the FA itself is watering down the romance of the competition. In order to maximize revenues, semi-finals are being played at Wembley. Going to Wembley used to be the most special occasion, the most celebrated day in the calendar. It was the holy grail and only the chosen two, the finalists deserved to have to chance to sip from the chalice. How is a trip to Wembley supposed to be special when you get there for being a semi-finalist? Would the 1999 semi-final between Manchester United and Arsenal have been the same if it were played at Wembley? It wouldn’t because the expectation and determination to get to the promised land would have been lost. All for what? Some extra pounds in the coffers of the English FA? It’s a sad state of affairs.

Carlo Ancelotti, whose Real Madrid side are in the final of the Spanish Copa Del Rey, admires the passion English fans have for the tournament, saying: “[The Copa Del Rey] is an important trophy because the teams gives it importance but [The FA Cup] has a lot more importance in England though” Roberto Mancini’s Manchester City side realized their true potential because winning the tournament taught them how to win. If you don’t understand the feeling it’s a tough thing to do and keep on doing, which is why Ferguson always challenged for the lesser of the English Cups, the league cup while trying hard to win the FA Cup. End of the day a trophy is a trophy. But the FA Cup should not be seen as any old trophy. It’s a trophy that any one playing in England should hold dear to his or her heart.

So to the Arsenal fans who think they must be in the Champions League every season, I agree with you 100%. Arsenal should always be in the Champions League and Arsenal should be challenging for the Premier League title more closely than they have done previously. The FA Cup and Champions League qualification do not have to be and should not be mutually exclusively. However, if Arsenal were to finish 5th one season and win the FA Cup in the process would that such a bad thing? I think not, it could be galvanizing for a team and manager who have forgotten what winning feels like. It could be the spark that the gunners need to begin a new dynasty. It will show prospective players that this team means business and is true to it’s glorious history. Champions League football is key to attracting players but Arsenal have enough history behind them and a legendary manager for whom players will want to play under that one season outside the top 4 wont’ kill them. As romantic as I’m being towards the FA Cup I do admit that money makes the world go round and it’s tough to argue with that notion. All I ask is that people show the FA Cup a little more love.