Last weekend was the FA Cup action which saw Arsenal, City, Chelsea, and Liverpool all go through. These four teams will all play each other in the next round with City vs Chelsea, and Arsenal vs Liverpool. For our predictions, we got a midweek’s matchday for you! So, lets see how we do this time around!

Here’s a reminder of last week’s scores and a recap of how we stand. As usual, a correct outcome warrants a point while a perfect score holds 3 points:

Bernie: 2014 has been horrible for the Red Devils. Crashing out of Carling Cup in the Semi-Finals without an ounce of courage caused a drunk fan to dial 999 and ask for Fergie back. However, Moyes has raised spirits with a club record signing of Juan Mata. Expect him to start alongside fully fit Wayne Rooney and Robin Van Persie. Old Trafford will be buzzing and Moyes will get his victory. 2-0 United

Mohaned: Of course all the talk is about the new boy on the block, the Juan and only; Mata. What!? So will he slot in and play magical fairy laden touch football with Rooney and RVP? We’ll see. All we know is at the least it gave the club a moral boost. Was it big enough to erase a 4 missed penalties out of 5 calamity in the Carling cup! I feel united will bounce back here. Just a hunch. 3-1 United

Rishay: Juan Mata’s arrival seems to have infused some sense of confidence among the supporters. Whether this carries over to the team will be another matter (pun avoided). Cardiff will be a bogey team and Solskjaer’s return to Old Trafford will be a welcome return but United will be looking for the 3 points in this must win fixture. 3-1 United.

Bernie: Southampton started off the season as England’s surprise package. The wheels have come off a little bit which makes one wonder if they still have the hunger they once showed. Cortese’s departure has put them in crisis and the consistently free-flowing gunners should take advantage. 3-1 Arsenal

Mohaned: I truly believe that this will be a very difficult fixture for Arsenal. They have had relatively easy fixtures recently in the League but this one is a notch above. Some will say that at least Southampton try and play football which would leave space for Arsenal to operate. I say, that just means Southampton have more chance of scoring. In the end, as usual, I predict a 2-1 Arsenal win.

Rishay: Arsenal are coming off a 4-0 rout of Coventry City, but Southampton at home are tough, and have even taken points off City of late. Arsenal should have enough to overcome Pochettino’s outfit here. 2-1 Arsenal.

*Game of the week: Merseyside Derby* 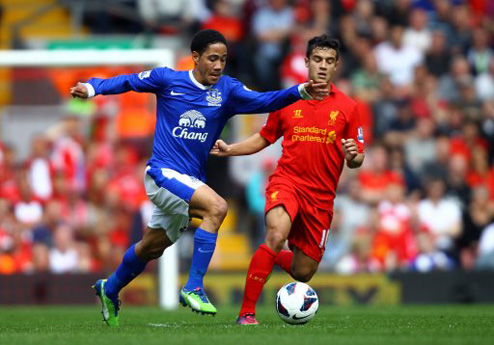 Bernie: A draw is on the cards here. I just can’t see either team taking away 3 points.The SAS can’t keep up their scintillating form and Everton’s miraculous season may continue but I’m not sure they will have enough in this always heated affair. 1-1 draw.

Mohaned: Last time around we got an exciting 3-3 draw which we picked as the EPL’s best game of the first half of the season in our EPL Midterm report. Liverpool will be up for this at Anfield while Everton have lost some of their scoring prowess in the league recently especially with the missing Ross Barkley. I still expect a high scoring game, nicked by Liverpool. 3-2 Liverpool win.

Rishay: The reverse fixture of this game was an EPL thriller. Given their 1 point separation in the table, this one should be along the same lines. The advantage will be with Liverpool, who have historically been able to overcome the Toffees, and are playing at home. Everton however, have surprised everybody this season, and are confident of providing the upset. 2-2 draw.

Bernie: Tim Sherwood has had a good run of games for Tottenham so far but I have to say, FORGET ABOUT IT TIMMY. Man City are my favourites to win the league and with Aguero back, the Spurs back line are in trouble. Adebayor, if he gets the right service, will trouble City’s leaky defense. However, City are getting their away form back and I think they will come up trumps here…..just. 2-1 City

Mohaned: If Tottenham still play with 2 upfront it will leave their midfield exposed with only 2 Central Mids. Tim the Gooner will most probably go with Eriksen in behind Adebayor forming somewhat of a 3 man central midfield. I think City have too much fire power and quality for Spurs to handle. 3-1 City

Rishay: Can Tim Sherwood write himself into Tottenham folklore by avenging the 6-0 hammering the Spurs took the last time these teams met? City have been conceding goals off late but with the amount of firepower they have, I don’t think they’ll be particularly worried. 3-2 Man City.

Bernie: They’ve lost Juan Mata but they probably didn’t need him. Not many clubs can say that these days. Chelsea are starting to come into their own. The defensive solidity is back and Eden Hazard is starting to grab games by the scruff of the neck. Maybe Eto’o will get even more goals in this one. 3-0 Chelsea

Mohaned: Chelsea have finally settled into Mourinho phase. Boring but Solid and Efficient. Its like at 2 goals up they don’t want to score anymore. West Ham will have Andy Carroll back for this but i doubt it would make a difference. Chelsea again will play their usual game plan. 2-0 Chelsea win

Rishay: The Blues haven’t had to play their best football to overcome their opponents this season, but with West Ham coming to town, they have nothing to be worried about. Will this complacency creep into their gameplay? I doubt it. Mourinho’s home record at the Bridge is amazing and West Ham have taken some real hammerings off late (pun intended). 2-0 Chelsea