The Premiership season has reached it’s mid-way point and so far it’s been a corker. Following on from Bernie’s wonderful mid-term report, Under The Cosh has taken a look to how the major contenders for the Champions League places could strengthen their squads in the January transfer window. 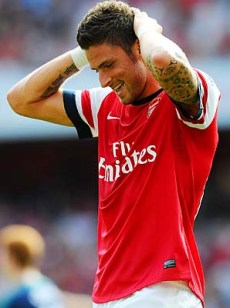 Arsenal have had a fantastic start to the season, lying top of the table at the time of writing. The question on everyone’s lips though is whether they can maintain their push for the title. So far they’ve relied heavily on Olivier Giroud up front, and their back-up option Nicklas Bendtner is one more felony away from becoming the Danish Al Capone (and is currently injured). While Walcott and Podolski are back, they’ll chiefly be stationed out wide and neither are natural centre forwards. Meanwhile, Interpol have started a Europe-wide search for Yaya Sanogo because nobody’s seen him for months. A new striker in January would seem a logical purchase, as well as Arturo Vidal because he would improve any team on the planet.

Cosh verdict: Arsene Wenger is likely to stick with what he’s got. Remember that at some point Diaby will be Like A New Signing. Although rumors are, Arsene will table a 32mil bid for Costa .. has the world gone mad?!

Manchester Utd – Some have come to the conclusion that David Moyes is truly clueless and that Utd’s first signing should be a new manager. We’ve taken it upon ourselves to draw up a shortlist for the job:

No? In that case, how about a box-to-box midfielder that can really control a game, because Cleverley and Fellaini just aren’t up to it. Utd need someone to partner Carrick that will bring some drive, energy and grit to their midfield.

Cosh verdict: Sneijder and Cabaye seem the most getable targets, though neither is a long-term solution and the former would be cup-tied in the Champions League 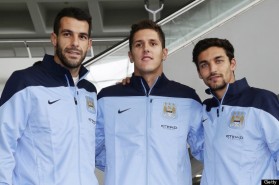 Manchester City – Vincent Kompany has had nearly as many injuries as Sven Goran Erikkson has managed clubs, and Martin Demechelis at top speed gets overtaken  by your average lawn mower. Back up options? Joleon Lescott and Matija Nastasic. Need we go on? City need a centre-back. Also, neither Gael Clichy nor Aleksandar Kolarov can defend properly – certainly not compared to Zabaleta on the right – so perhaps a left-back, too.

Cosh verdict: Any of the above would be great additions to the squad, although all but Zouma would be cup-tied for the Champions League. Also bid for Arturo Vidal, because he would improve any team on the planet.

Tottenham Hotspur spent the Gareth Bale money on seven players last summer, not one of which was a left- back. Meanwhile, everyone’s favourite twitter joker Benoit “LOOOLL” Assou Ekotto was allowed to go to QPR on loan, leaving the injury-prone Danny Rose as the side’s only recognized left-back. Of course, Jan Vertonghen can cover there, but every time he is asked to do so he looks as bitter  as organic fair trade free-range coffee. The upshot? Spurs need a left-back.

Realistic: Fabio Coentrao or a 16 year old from the Spurs academy that only Tim Sherwood knows exists.

Cosh verdict: Sure, get Coentrao. 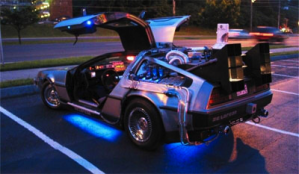 Chelsea – The Makelele era is over. The time of the De Jong has passed. Modern defensive midfielders are a more subtle breed that are also capable of building play from the back. Look at Khedira, Arteta, Fernandinho and the Benders (Fernandinho and The Benders would be a great band name). Not only can these guys intercept and tackle, they can also play. Chelsea need one to partner Ramires, improve upon the fading Lampard and enigmatic Jon Obi Mikel, and provide some protection to a back four that creaks like a ship in the wind.

Realistic: One of the Bender brothers, Sami Khedira

Cosh verdict: Sami Khedira would be the perfect signing for Chelsea, and Mourinho managed him at Real Madrid. Unfortunately he is out for six months with a knee injury, so perhaps one of Lars or Sven Bender could be prized away from Germany. Then of course there’s always the option of making an ambitious approach for Arturo Vid… 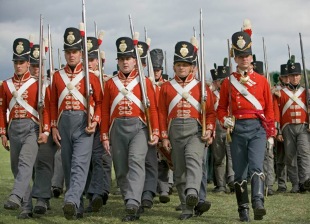 Liverpool have made an incredible start to the season, largely due to the attacking prowess of Suarez, Sturridge and Coutinho. However,  it’s hard to escape the nagging feeling that unless they strengthen in key areas, their title bid may collapse and in doing so become just a little bit like the British empire:

* A strong start with plenty of attacking;
* Early destruction of their weaker opponents;
* A tendency to move toward their enemy dressed all in red
* Ultimately too ambitious and unsustainable

So how do Liverpool avoid crumbling like the old world order? A right back who can defend would be a start. Glen Johnson is often injured, and has always been better going forward. In front of him, Brendan Rodgers has had to resort to Jordan Henderson at right midfield a lot this season, and while the young Englishman is in form, he can surely be improved upon before Raheem Sterling is ready to take the role for good.

Cosh verdict: If reports are to be believed, Salah is already on his.

What do you think? We’d love to see your suggestions for January transfer window activity. Let us know in the comments section below and we’ll discuss it on the upcoming podcast.