Entering a flurry of matchdays, we start with the boxing day games. We will be producing three of these prediction articles in the next 6 days! Nothing makes us happier.

A recap of last matchday’s action is on our latest CoshCast which you can enjoy on Soundcloud or subscribe through iTunes: https://itunes.apple.com/ca/podcast/under-the-cosh-coshcast/id767743946

Here’s a reminder of last week’s scores and the overall points tally for the three of us so far. As usual, a correct outcome warrants a point while a perfect score holds 3 points:

Bernie: Hull have been really  plucky this season but I can’t see them getting past United here.  Maybe Moyes’ men have been getting back to their best form. Whatever that is, with Rooney dropping deeper, I see this going 3-1 to United.

Mohaned: I’ve been really impressed with Hull City this season. They try and succeed in playing expansive possession based football. If they take the game to United then they could give them a tough time. I will go against the grain and predict a draw here. 2-2.

Rishay: United have hit some form and fans are getting a bit excited. Could this be the moment they kick on for good? Or is this just another streak before another major setback? Time will tell, but for now, despite the injuries, United have looked solid even without some of their star men, and this shows they are ready for a challenge. Hull will take a boxing day beating. 3-0 United.

Bernie: Chelsea have been uninspiring for me. They are in the top 4 but this doesn’t interest me at all. Swansea play well but are no longer getting the necessary results. I foresee a drab 2-0 win for Mourinho’s men.

Mohaned: Swansea have been in a rocky patch of late and no producing the results required. Michael Laudrup need to start steadying the ship but im not sure it can start with this game. Lets hope Mourinho decides to actually play football in this game. 2-0 Chelsea.

Rishay: Mourinho’s negative tactics against Arsenal were quite annoying but he has kept a clean sheet and stopped the flurry of goals conceded. The Blues should be able to handle Swansea at the Bridge, and the Swans will be a bit flat after Everton’s last minute free kick winner against them. 3-1 Chelsea

Bernie: Both teams just fired their managers. Tim Sherwood is now the new manager at Spurs and Adebayor is firing again. I think West Brom are less stable than Spurs which seems strange to say. Therefore I’m going 2-1 Spurs

Mohaned: Both these teams are in a similar situation in terms of management. Spurs hired one while West brom are still looking. But we all know, with Tim Sherwood appointed, Spurs are also actually still looking! Ill go with a draw here as i have a soft spot for West brom. 1-1 draw.

Rishay: Tim Sherwood has started with a win…but then again, Tottenham’s last couple of road games in the EPL have been 1 goal wins in high scoring games. Will Sherwood’s influence help them at White Hart Lane? WBA are still looking for a manager strangely enough, even though there are several candidates. Spurs will play well here. 3-1 Spurs.

Bernie: Arsenal are winless in their last 3 games. West Ham are fighting for survival so this one won’t be easy. However, I do expect the gunners to get back to winning ways here. Big Sam has took many injuries to trouble the gunners. 3-1 Arsenal

Mohaned: Arsenal need to get a win here. Liverpool, tied top with arsenal, play two tough games in City and Chelsea so will drop points. Arsenal need 6 points of the next two games to regain top spot. Its very doable without complacency. The goals have dried up recently for them but West Ham haven’t been in the best form either. 2-0 Arsenal.

Rishay: One of the many London derby games, and the second in succession for the Gunners. Will they find the back of the net finally? Their recent form has been questionable and West Ham are in to exploit that. Arsenal should be able to handle them from a defensive standpoint, and we can expect the Hammers to be a little more adventurous than the Blues on Monday. Maybe this will open up the game? 3-1 Arsenal

*Game of the week: Manchester City vs Liverpool* 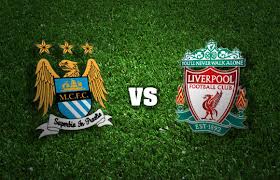 This is a game that brings together the top two attacking sides of the premier league. City are scoring for fun at home, with or without Aguero, while Liverpool has the inform striker of Europe in Luis Suarez.  This should be a very attacking game with both teams just trying to outscore each other. Lets hope for another high scoring game as we saw when Arsenal visited the Etihad. Who need defense! We are in for a great Boxing day encounter!

Bernie: This is clearly the big one. City have come roaring back into the title chase. They’ve scored 10 goals in their last 2 games but they’ve let in 5 which is not convincing. They need to get back to a solid defense if they’re title chase is for real. Easier said than done against the best forward in the league. If Suarez and co. can beat City at home then I believe that they are for real. No one has done this yet and I don’t see it starting now. 4-2 City

Mohaned: Attack vs Attack. This will be the tone of this game for sure. Both strike forces are pretty equal so i feel this will be won in midfield. Which three central midfielders will come on top. City look better on paper there with Fernandinho, Yaya, and Silva. All i know is that im excited for the biggest Yaya-Kolo chant ever! oh my prediction; 3-1 city.

Rishay: This one will be one hell of a game! Two red hot offenses going at each other with full force! I fancy Liverpool in this one, because I know they can do damage to City and are fearless right now. City are the favourites at home but I think they will be complacent and surprised at how hard Liverpool come at them. 2-1 Liverpool