What a great midweek champions league set of fixtures that was! Some very exciting games involving four of the teams featured in these predictions. How will that take a toll on them, we will find out, and how will it sway our predictions for their upcoming fixtures. 1 point is awarded for the correct outcome and 3 points for a perfect score in the predictions. Here’s a reminder of last weeks action and results and the overall points tally for the three of us so far.

Boy were we wrong! Our lowest scoring prediction week yet! We went for the safe pics while some major upsets took place!

“Game of the week – City vs Everton” 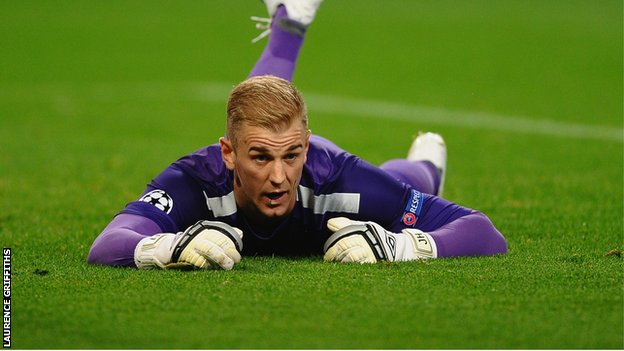 City got a drubbing against Bayern in the champions league midweek fixture! Can they bounce back and not extend their losing streak in the league to 2 games. They can, but they have Everton standing in their way; the only unbeaten side in the premier league so far. Everton are playing very well recently under Roberto Martinez and will look to continue their scintillating form.

Bernie: After letting a lead slip against Everton and getting pummelled by Bayern Munich, City have to respond. Yes they beat United 4-1 but City have so far failed to convince. Because they are at home I’ll go 2-1 City

Mohaned: City were embarrassingly outclassed by Bayern last game and they will be looking to bounce back in this one. 3 straight losses will be a real disaster for the citizens, and I don’t think Pellegrini will let that happen. At home, with a point to prove, and with Joe hart able to catch the ball, City should win this one. Everton has had a great start to the season so far, but they wont be unbeaten come Saturday afternoon. 3-1 City.

Rishay: City were outplayed by Bayern in midweek but still managed to get a couple of half chances at the end and could have made the scoreline look more respectable. I think they will have an easier time on the pitch against Everton, and Joe Hart should be back to his usual self after a few clumsy mistakes against the Bavarians. 2-1 City.

Bernie: With Suarez back I just can’t see past Liverpool here. Palace will be lucky to survive this season and at Anfield I can’t give them a chance in this one. 2-0 Liverpool

Mohaned: This one looks pretty straight forward to me. With Suarez and Sturridge combining like they did in the last game, it will be too much for Palace. Palace lack the firepower to hurt Liverpool and it will show on Saturday. Anything other than a comfortable win will be disappointing for Liverpool and their fans. They will also be looking to set the record straight at home after their unpredictable defeat to Southampton last time out. Suarez will score again this game. 2-0 Liverpool

Rishay: Liverpool’s impressive start to the league will continue, with Anfield in full song as usual. They will want to put in a better performance for the home fans this time round, after an uncharacteristic 1-0 home loss to Southampton in the last home fixture. Liverpool have two strikers who are red hot and will no doubt be on the scoresheet. 2-0 Liverpool

Bernie: Sunderland will look to bounce back from early season poor form which lead to the sackig of Paulo Di Canio which will make this game tough for Moyes’ Boys. Manchester United need intensity and this is a must win (which means they might play badly) 2-1 United

Mohaned: Sunderland have been extremely poor this season. Moyes will be targeting this game as the one to get their season up and running after their improved display against Shakhtar in midweek. Another complication here, and United are seriously in trouble. This is a must win for Man U. Sunderland’s squad is just not good enough with no obvious goal threat on the team sheet. Altidore is constantly stranded with no support from the rest of the team. Their back line are also shipping in too many goals recently. 2-0 United

Rishay: Sunderland put in a good fight against Liverpool in their last fixture but still went down 3-1 at home to the deadly combination of Suarez and Sturridge (modern day Fowler and Owen anyone?). I see United getting a similar result against Sunderland. 3-1 United.

Bernie: Norwich at home is no walkover for any team. Norwich like to keep things tight and Chelsea lack the fire power to punch holes into teams like this. I feel that Mourinho will bring back Mata for this one and he might be able to unlock on the door. 1-0 Chelsea

Mohaned: Norwich have been under the radar for much of the season and find themselves neatly in mid table. At home, they are a much stronger force but strong enough for Chelsea? I don’t think so. Chelsea will boss the midfield in this one and Eto will get his first goal for the club. Mourinho is done experimenting with his side and now knows who his best players are. He will be expecting his team to get the 3 points at Carrow Road and they will. 2-1 Chelsea

Rishay: Chelsea have hit some form in recent weeks and Mourinho seems to have “unleashed” Juan Mata after all, making his tactics over the player’s attitude look like the healthiest form of mind games this season has seen so far. With the rough patch and questions being brushed aside, I feel that Chelsea will come out on top in this one without issues. 2-0 Chelsea

Bernie: They way Ozil and Ramsey are playing I’m not looking past Arsenal for even a second. Perhaps beating Man United at Old Trafford will give the Brum confidence but Arsenal are the in form team in europe. 3-1 Arsenal

Mohaned: Arsenal have been playing the best football in the league for the past few weeks. Not to mention their dominant display against Napoli in Europe. Everyone’s talking about Ozil’s magic and the way he took that one touch finish but in truth Ramsey, Giroud, Mertesacker, and Flamini are among the other star performers who have played at the same level. If the performance level is maintained then its another 3 points for arsenal to keep them top of the league. West brom are off a high after beating Man U at old trafford but that wont be enough for them even with their new look forward line. 3-1 Arsenal.

Rishay: Arsenal are looking good. All of a sudden their starting lineup looks stronger than it did at any point during the last couple of seasons. The Baggies are also in form, coming off a 2-1 win at Old Trafford in the previous match day and they could have gained a lot of confidence from this result. I think Arsenal will still have too much in the tank for West Brom to handle, given their current form and their midweek dismantling of Napoli. 2-1 Arsenal

Bernie: If Arsenal are the in form team in Europe then Spurs must be number 2. Maybe I’m exaggerating but they’ve enjoyed a wonderful start to the season. West Ham will be determined and dogged but Tottenham know how to play that way as well. 2-0 Spurs

Mohaned: Spurs have a large squad to choose from and have added many quality players this transfer season who are starting to jel together. They should be able to get past Westham with no trouble. Spurs are hot on cold on how many goals they are able to score everygame. Recently they have been creating many chances but not making them count. Ill go for a narrow 1-0 spurs.

Rishay: An interesting derby fixture between the Hammers and the Spurs. Derby games can be quite unpredictable. Tottenham just played a 1-1 draw against Chelsea and an impressive 2-0 win away at Anzhi in midweek. I think Tottenham are the favourites but West Ham could prove to be unlikely underdogs here. 2-1 Tottenham